Were you planning to go on a diet in 2017? The Government just might help you out with this!
The Government might introduce a ‘Fat Tax’ on junk food and sugary beverages in the upcoming budget.
Under the Goods and services act, which the Government is likely to roll out before September, these commodities could attract 26 percent tax and a cess above that.

See this delicious pizza right here? It might be served with a side of extra taxes. Mouth-watering, right? 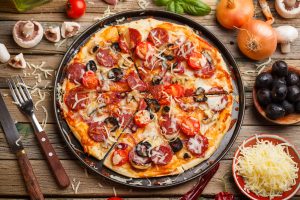 How about a side of Hamburger à la tax fries? 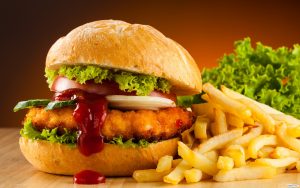 This Fat Tax is in the talks because a survey released by the Ministry of Health and Family Welfare last year found that the number of obese people has doubled with 10 years!
20 million women and 9.8 million men categorized as obese in 2014 as reported by The Wall Street Journal.
Kerala already has a Fat Tax and is the only Indian state to impose the Fat Tax. They have a 14.5 percent tax bracket on burgers, pizzas and other junk food served in restaurants.

So basically if the proposal gets a ‘thums up’ (see what we did there?) from the prime minister, all items considered junk- Maggi, cold-drinks, potato chips, chocolates and everything else you binge eat on your bed- will come under this high tax bracket with a delicious cess topping.
This is how you’d be eating your pizzas:

In case the tax gets a green signal and you finally cut down on junk food, here’s an adorable puppy eating a pizza that’s a little too expensive for you: 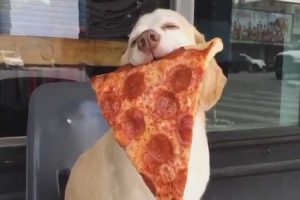