When Enedina Vance posted a photo of her little girl on Facebook saying she got her cheek ‘pierced’, she wouldn’t have thought that she would face a backlash. What happened with Enedina isn’t anything normal but the reason behind it was what the internet is infamous for. Without even reading her entire post, people decided to barge Enedina with death threats and even reported her post. Endina wanted to draw people’s attention towards a major social issue but people instead focused all the attention on how a mother could put her own daughter through so much pain, without even reading that she actually didn’t.

Yes, Enedina did not get her daughter’s cheek pierced. She just wanted people to be outraged about the fact that each child has right over their own body and most importantly, wanted to draw their attention to the issue of genital mutilation/circumcision that is still prevalent in many communities of the world.

So I got the baby girl’s dimple pierced!!
It looks so cute, right?!! I just know she’s gonna love it!! She’ll thank me when she’s older lol If she decides she doesn’t like it, she can just take it out, no big deal
I’m the parent, she is MY CHILD, I will do whatever I want!! I make all of her decisions until she’s 18, I made her, I own her!! I don’t need anyone’s permission, I think it’s better, cuter, & I prefer her to have her dimple pierced. Its NOT abuse!! If it was, it would be illegal, but it’s not. People pierce their babies everyday, this is no different
MY BABY, MY CHOICE!! PARENT’S CHOICE, PARENT’S RIGHTS!! Don’t judge my parenting, we all raise our kids differently, it’s none of your business anyway!!
#BodilyIntegrity, #MyBodyMyChoice, #HumanRights, #ChildrensRights, #Intactivism, #IntactGeneration #sarcasm

Enedina’s post got reported by many on Facebook for being inappropriate but not all of them were foolish and did get her point. They appreciated Enedina and even shared her post, but even they weren’t left untouched by the stupidity of the internet. 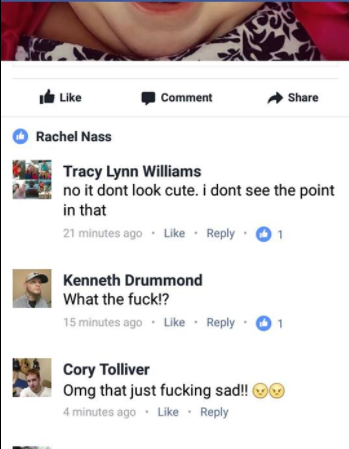 There were some who even supported the process of circumcision. *slow clap* 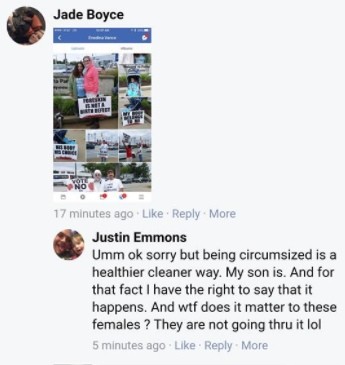 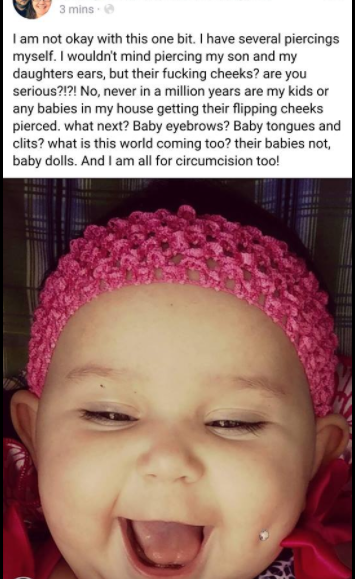 And there was some genuine confusion as well. LOL. 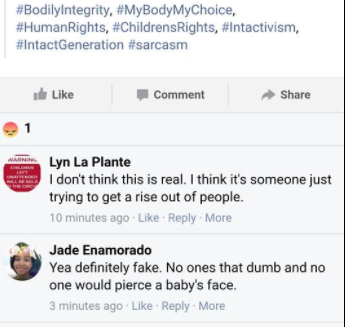