Three men were arrested on suspicion of rape in Sweden on Sunday after excerpts from footage of an assault against a woman being live-streamed on Facebook went viral.

A Woman was at a party in Uppsala, Sweden this week-end with some immigrants and she was raped while being passed-out drunk.
The 3 men  decided to live-stream the assault on Facebook in a closed group that has around 60,000 members.

The viewers were shook by the video once it started to unfold.
“You have been raped,” one of the men said at the end of the video and then laughed, according to a viewer.
The viewer told a Swedish tabloid that the main attacker, “tore the clothes off” his victim before raping her and attacker also had apparently filmed everything and took pictures that he put on his Snapchat.

She went on to recall all the sick comments being posted on the stream. “Three against one hahaha,” wrote one of the 60-70 people who were watching the stream. 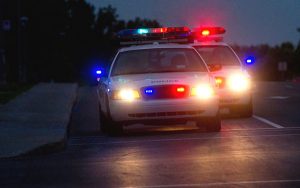 At a press conference on Monday, investigators appealed to social media users who had images of the attack to turn them over to police.
Police have now confirmed that they had found three men, aged between 18 and 25, and one woman (possibly the victim) at a local apartment. They were allegedly still filming the aftermath when the police arrived.
The men were arrested on the spot.

The video has been removed from Facebook but it has been circulated on the internet. Excerpts of the footage show one of the suspects holding a revolver.