What is the first word that comes to your mind when you talk about belly dancing? An Arabian woman straight out of Alif Laila? This is the stereotype that Eshan Hilal is breaking with his belly dancing!

Though Eshan did not take belly dancing seriously initially, he now finds solace in belly dancing. “Honestly I have never thought I can be a belly dancer. I had a very cliché thought in my mind that belly dancing is all about chest shimmies or shaking your hips so I never took it as a dance form that I can or wanted to do. But when I experienced it, I realized that this is something I can do and I should do as this is my way of self-expression,” said Hilal who is also a trained Kathak dancer just like his inspiration Madhuri Dixit. 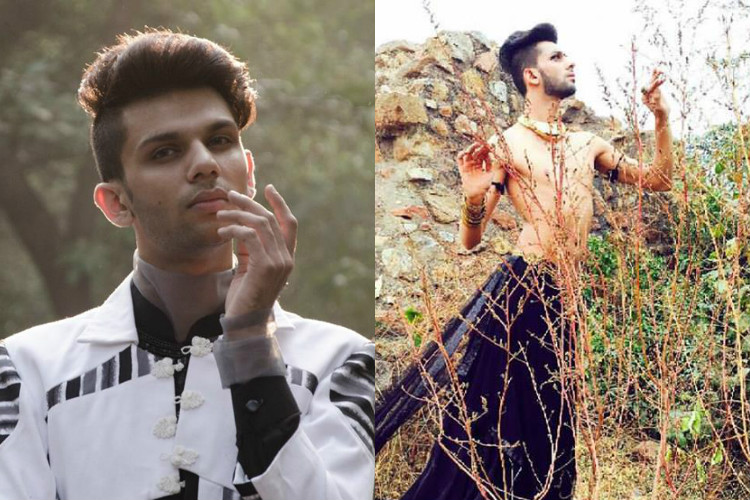 However, coming from a conservative Muslim family, it was never easy for Eshan to follow his heart. It didn’t go down well with his Pathan family that their son wanted to be a dancer. “My father used to beat me up. On certain occasions, I was beaten so hard that I had fractures and was admitted. My family called me names like Bhaand, Hijra, Janani and Nachaniya just because I loved dancing,” he said.

“Though it all sounds hilarious now but at that point of time it felt like this was the last time they were beating me. But it continued till 2015. Though they don’t say anything to me anymore, I know they won’t ever accept me the way I am. But that’s okay because I understand that they come from a different school of thoughts. So when I’m at home, I’m just a regular guy dressed up as any other guy would. But if you’ll spot me in Hauz Khas Village or Connaught Place, you’ll find me wearing accessories and skirts. And no, that has nothing to do with masculinity or feminity. I just love dressing like this but at the same time, I can’t afford to hurt my parents,” added Hilal with a hint of sadness in his voice.

Though according to his family, his dancing is considered as haram in Islam, Eshan doesn’t agree. “I used to pray five times and used to read Quran regularly and fast but now I feel that everything must be connected to the heart. Yes, I am very religious but when it comes to my job, I am even loyal to that as well. I don’t mix my art and religion as I know what both things are,” he said.

Belly Dancing also cost him a few friends and a relationship where his partner was not comfortable with his passion. “It was embarrassing for some of my friends and my last partner to accept my belly dancing as they thought it does not suit a man. So I just bid those people goodbye as nothing is more important to me than my job,” said Hilal who wants to pursue belly dancing as a full-time career now.

Apart from being a belly dancer, Eshan is also an artist and a fashion designer and has some really “interesting” shoes and dresses in his wardrobe!

Though Eshan has made peace with a lot of things including his parent’s thoughts, there still are a lot of things he doesn’t talk about, for instance, his sexuality. “I don’t want to talk about anything else other than my belly dancing right now because that will take away the attention from my dancing.”