What is the one thing that comes to your mind when you think about Indian media showcasing gender bias? The answer has to be the patriarchal notion that women’s foremost duty it to be home-makers. Most of our advertisements, the way media uses the images of women and the wordage used to appropriate a woman’s character, all culminate into sexist bigotry.

This particular advertisement of Kwality Walls is celebrating small achievements. And while there is nothing wrong with doing that, the reason shown for celebration in this particular advert is one that’s fraught with issues. The commercial begins with a mother pushing her daughter out of the kitchen and into the dining area where her whole family, including her brother, are anxiously waiting for her. The girl holds up a perfectly-round roti in her hands. She waits with baited breath, waiting for approval.

That a child is being taught to conform to stereotypical gender roles from a young age it is also reinforcing the problematic idea that it is normal for the men of the family to be seated comfortably at the table while waiting for the women of the household to serve them.

Icing on the cake: the cute little brother of the girl has been given the task of approving his sister’s gol roti. 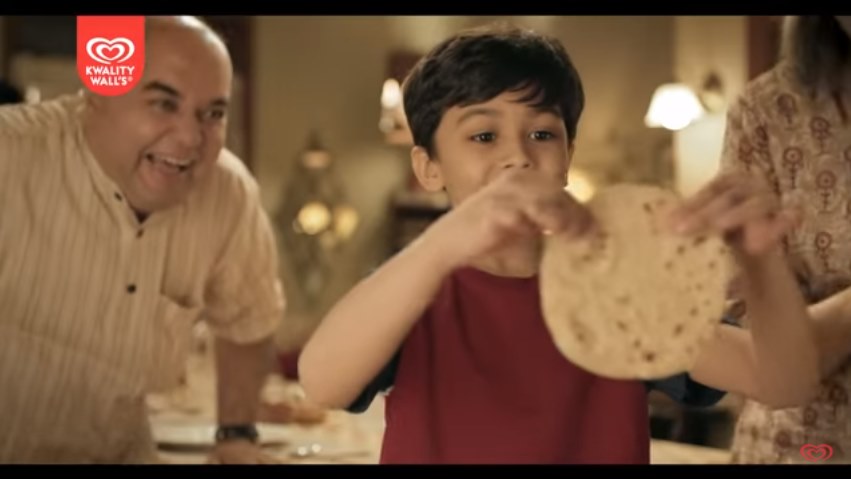 Yet again, the girl must look for approval as the boy grows up to become the decision-maker of the family. It is by his verdict alone that anyone will be appreciated or demotivated accordingly. Every woman must cook apart from also studying and then later managing her job and her husband’s household because to be a woman is to also be aware of our obligations as a multi-tasker. 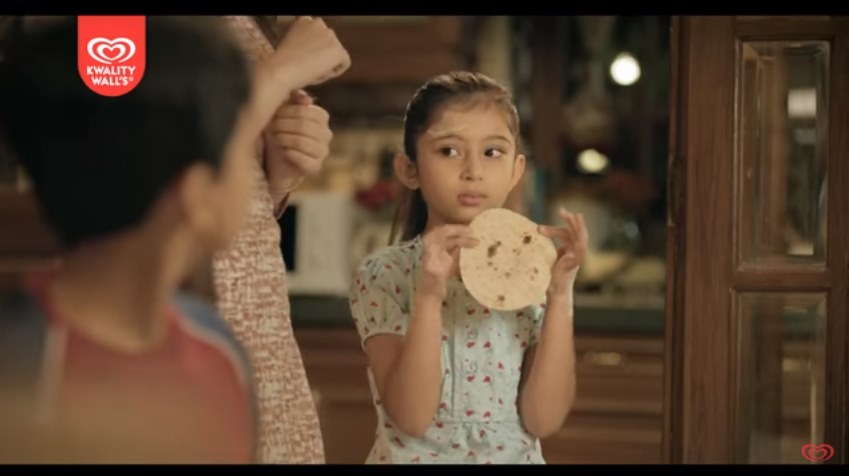 Who would have thought an ice cream advert could be this ‘loaded’.