An image of 8-year-old Wang, a little school boy from China, is going viral after he walked approximately 4.8 kms to Zhuanshanbao Primary School in Xinjie, China in minus 9°C, to take an exam. Yes, while you and me would resort to shenanigans like bunking and pretending to be sick to skip school, this little boy trekked in -9°C to reach on time.

The headmaster, Fu Heng, snapped a picture of the dedicated little boy and after his trek went viral the internet named him ‘Ice Boy’. People soon started reaching out to the school, and now the school has received more than $15,000 in donations, 20 heating equipment and 144 warm set of clothes.

In an  interview with The Paper (A Shanghai based publication) Fu heng, the headmaster said:

“It was the first day of their final exams. The temperatures dropped to minus nine degrees Celsius in about 30 minutes that morning.”

As for little Wang, aka Ice Boy, here’s what he told The Paper:

“I want to be a police officer to fight the bad guys. The journey to school is cold, but it’s not hard!”

Here are the images that are going viral on the internet: 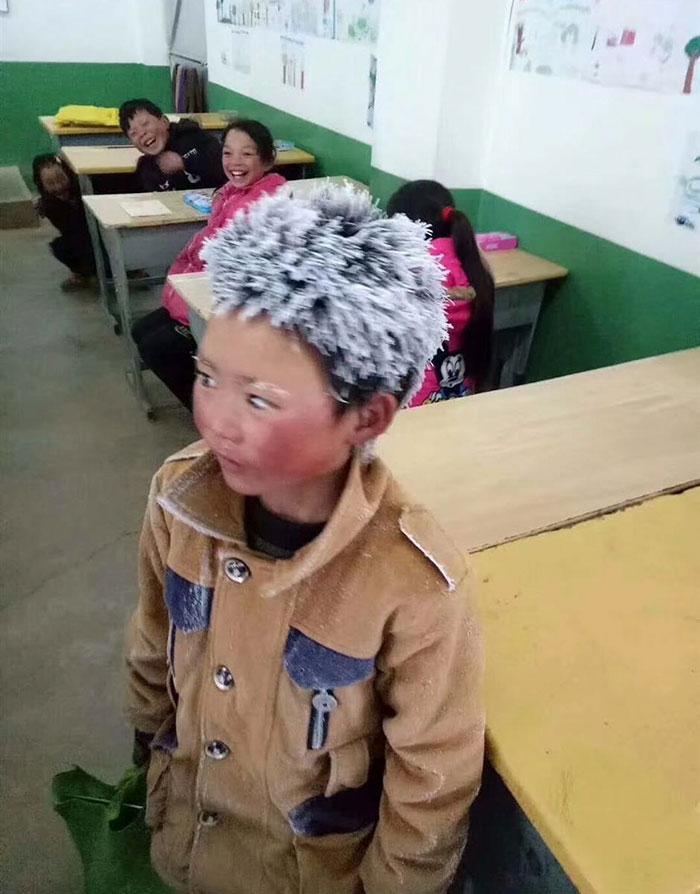 Wangs hands after his icy trek: 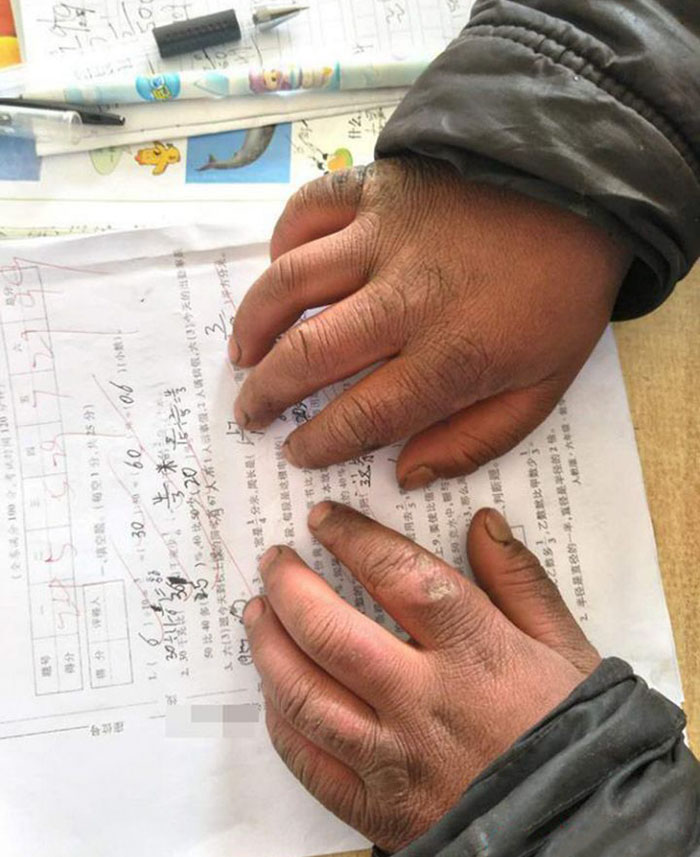 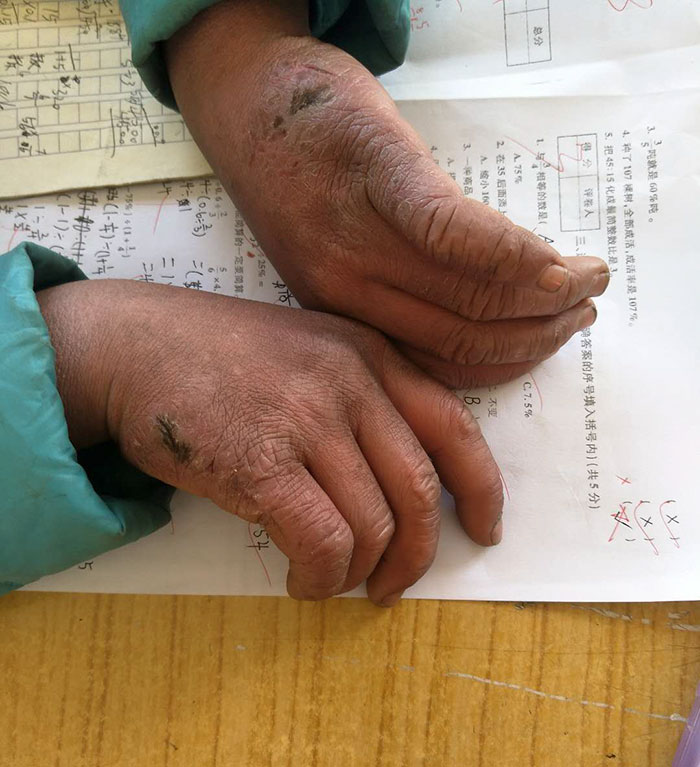 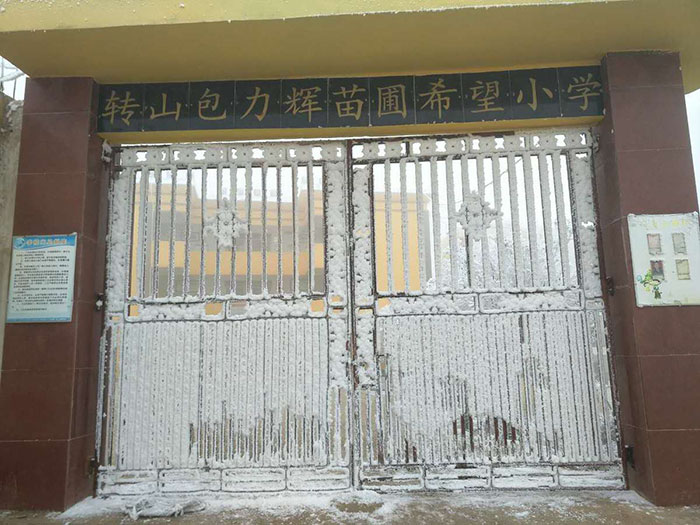 The headmaster also told The Paper that the boy lives far away from the school in a mud-and-brick hut, and has to walk everyday: 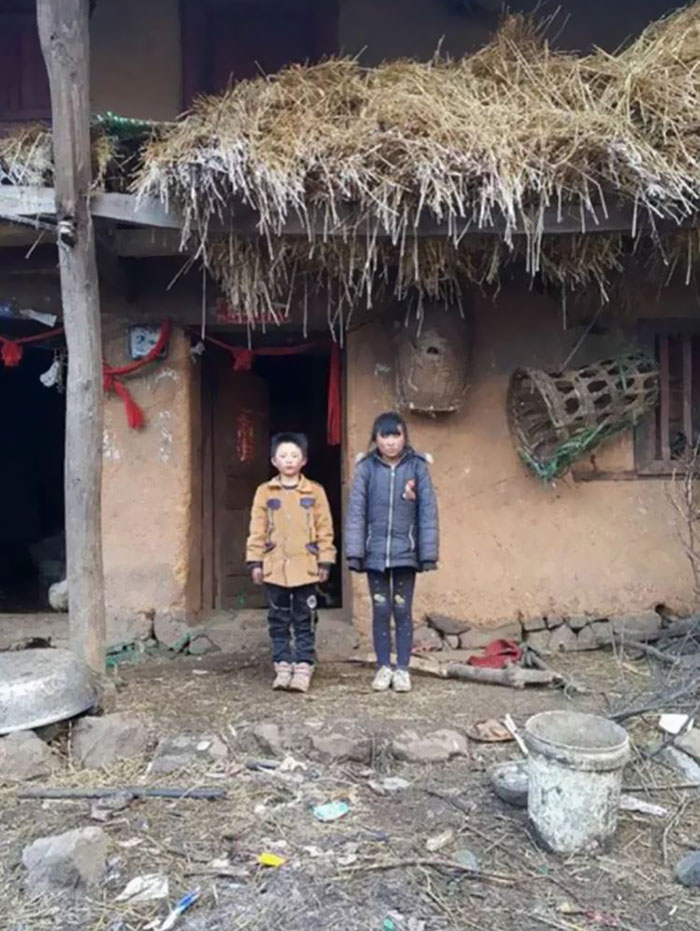 Journalists from Pear Video website visited little Wang and found out that he is a “left-behind child” – one of the millions of Chinese kids who rarely see their parents because they have moved to the city to find work. Wang’s story has prompted an outcry in Chinese media for more to be done to help these kids, and prompted social media to ask: Are we really doing enough for the poor?

With many local companies and the internet joining hands to help these kids, the future sure does seem bright.