First Lady of the United States Melania Trump has often been trolled for her English but unlike her, her husband, US President Donald Trump speaks only the one language. In spite of that, he is not one who is known to be very graceful with the language. POTUS has made headlines again (honestly, when is he not on the front page?) for having made yet another grammar snafu. The US President recently took to Twitter to whine about his predecessor Barack Obama with a very original spelling for the word ‘tap’. And surprisingly, he hasn’t deleted the tweet as he has in the past with his previous grammatical mistakes.

How low has President Obama gone to tapp my phones during the very sacred election process. This is Nixon/Watergate. Bad (or sick) guy!

Donald Trump is quite the troll target for Grammar Nazis. Some time back, he had accused China of “unpresidented” acts against the United States. He later deleted the tweet and posted a new one with the updated spelling. 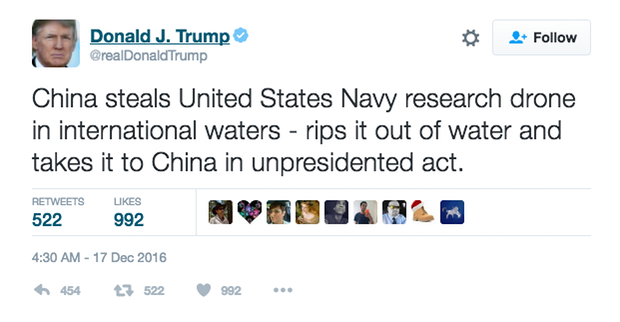 Sometimes, even his corrected mistakes are not a 100% foolproof. It took him not one or two but three tries to spell this one, very convoluted and infrequently used word: “hereby”.

I hereby demand a second investigation, after Schumer, of Pelosi for her close ties to Russia, and lying about it. https://t.co/qCDljfF3wN

Let’s cut him some slack, alright? Sometimes English can get very complex, especially for a 70-year-old, senile man. 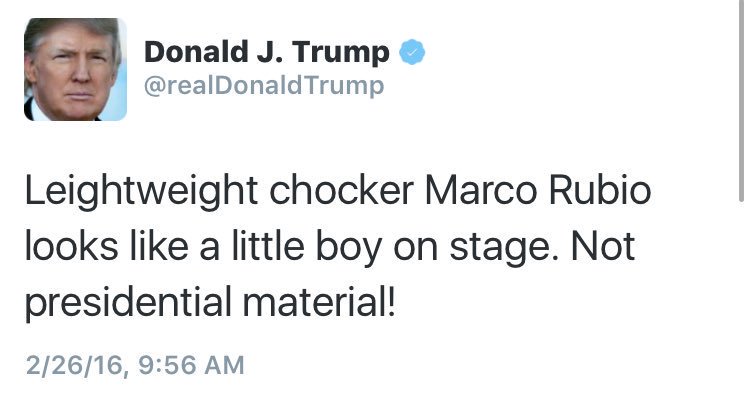 America should be proud that  “there” President is the brilliant man that he is. 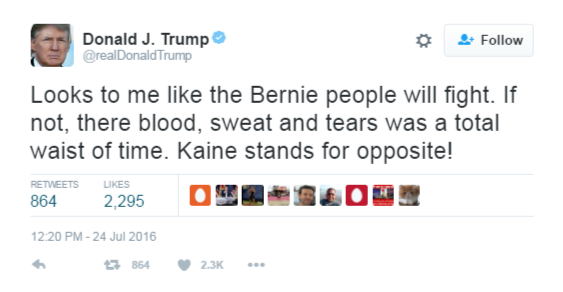 I guess it is a great “honer” for the United States to have such an educated, articulate and infallible man leading their country.