Whether you stayed home alone or were out spending February 14 with a hot date, it’s officially over.

We’ve got the perfect thing- Hilarious memes of Donald Trump on Valentine’s Day cards. They may be unexpected, but boy oh boy are they funny.

The internet is addicted to Trump’s nonstop talk about walls, deportation, Mexico and his love for his daughter Ivanka and they actually make for pretty savage Valentine’s Day taglines.

Are they romantic? No. Not really. Which is why we love ’em.

Check out these cards that throw some serious shade at Trump: 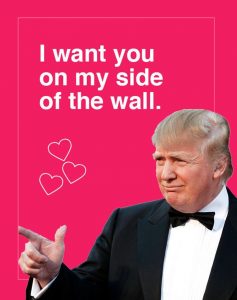 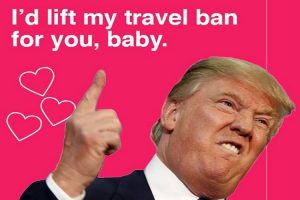 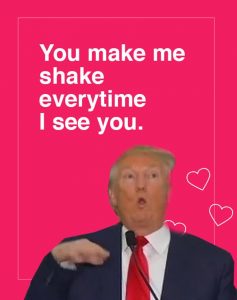 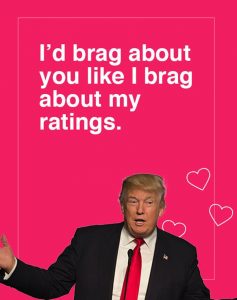 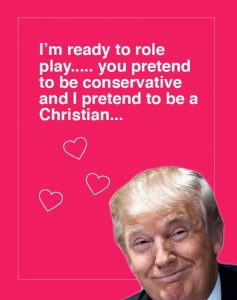 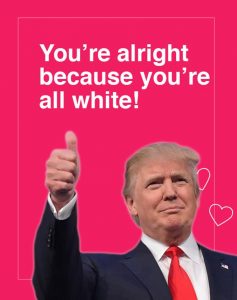 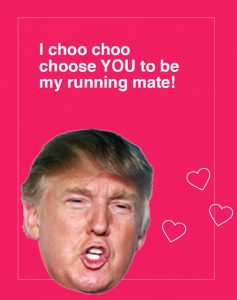 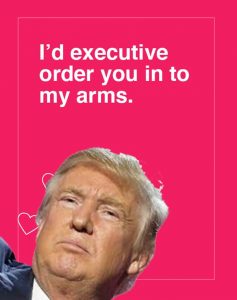 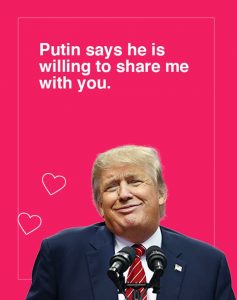 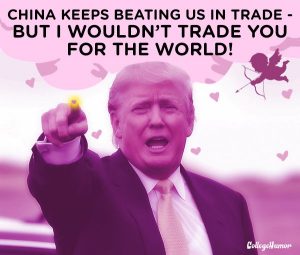 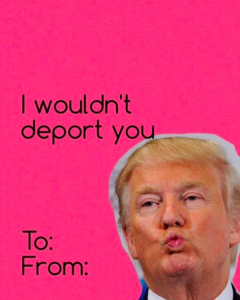 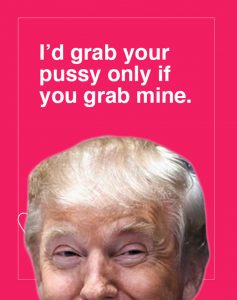 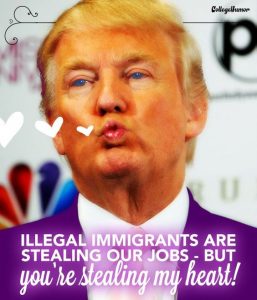 CNN didn’t want to be left behind either and joined in the Trump extravaganza by creating an interactive website that generated Valentine’s Day cards intended to sound like they were written President Trump. Check it out here.

Jimmy Kimmel drew inspiration from the Trump administration too and made a bunch of hilarious V-day cards.

“Have you seen the new White House Valentine’s Day cards?” Kimmel asked his audience. “These are cards like the ones kids would give out at school, but each of these features a character from the Trump administration.”

He then unveiled the hilarious cards:
Dr. Ben Carson: “Loving you isn’t brain surgery”
Kellyanne Conway: “My love for you is as real as the Bowling Green Massacre”
Press Secretary Sean Spicer: “Help me fake my death, Valentine”; and many others.

Guess this Valentine’s day trumped all the previous ones.