Here’s the deal- Our generation is probably the most artistic and expressive generation to walk this planet. Which is why we decided that we will be curating a sequel for Andaaz Apna Apna. Everyone loved the movie and it’s high time we got a sequel, right? That’s why we’re here fam.

Raveena and Karishma are married to Amar and Prem and the movie ends. They didn’t tell us anything about what happened to Gogo, Teja, Robert or that skinny dude who was staring at Amar-Prem in the bus. You just assumed this is where the movie ends and everyone lives happily ever after? Nope.

So here’s how the events unfold in the sequel:

Since the marriages have no basic foundation, they start to fall apart. 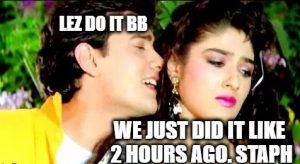 Karishma and Raveena soon realize they literally married two good-for-nothing lazy guys who just wanted to marry them for money. 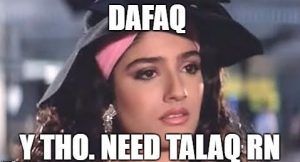 Karisma and Raveena leave Amar and Prem when they realize they wanted to be with each other all along. No wonder Karisma was possessive AF. Those crazy eyes. 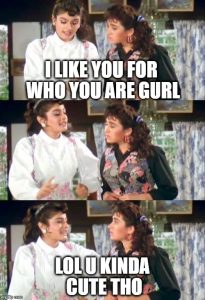 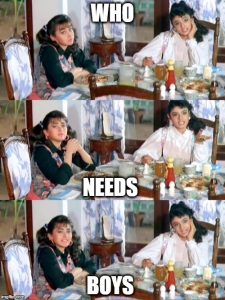 Amar and Prem are now homeless and loveless. Amar loses his memory, goes bald and starts scribbling random crap on his body.
They decide they don’t want to live with the guilt anymore 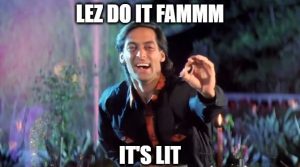 Crime master Gogo kept trying to rebuild his legendary image but failed miserably because no one took his “aankhein nikal ke goti khelunga” seriously. He loses his shit and moves out of the country where he joins a mafia’s gang, takes him out and becomes the biggest don of the underworld. 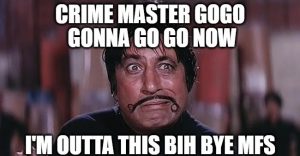 Teja on the other hand, catches hold of Raveena and Karishma and this time, instead of 12-minute long build up dialogues, he just catches them and kills them off immediately cuz y’know, that’s what thugs are supposed do. He’s a criminal, not Irshad Kamil FFS. 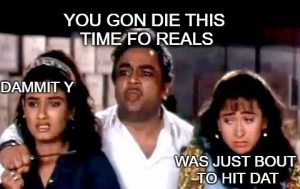 Ram couldn’t live without his daughters, leaves his property to Bhalla and Robert and moves to Tibet.

Bhalla and Robert, who recently discovered their love for each other, live in Ram’s mansion happily ever after. 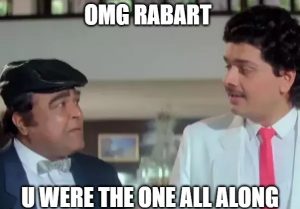 And this dude? He won a lottery worth 20 crores and bought the bus Amar Prem danced in. #NotShashiTharoor 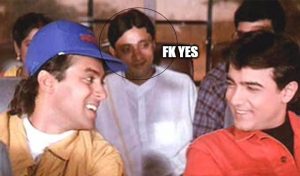 And this is how Andaaz Apna Apna ends.  The side characters lived happily ever after because they deserved it.