Dogs are fluffy, cute, adorable, great for pictures, and so on but they are a responsibility just as a child is. But many people forget that and adopt/buy pooches on a whim only to abandon them later. They are often surrendered to shelter homes or are left abandoned on a far away road. People often seem to forget that dogs have emotions quite as strong as us and when left alone, they experience trauma which results in poor health. And such is the case of this pit bull, Blue King.

Many animal activists have come together to protest the abandonment of old dogs or adopting dogs for fun, but the on ground the situation is less likely to improve. Apparently, Blue King’s family surrendered him to a high kill shelter in California because they were shifting and decided not to take the dog along to their new home. 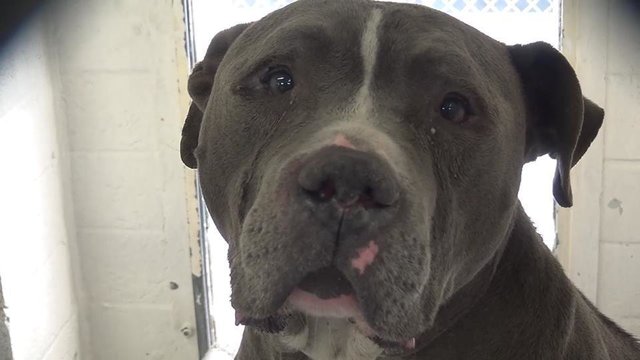 Blue King was left at a high kill shelter in California
(Credit: The Dodo)

When someone at the shelter offered him a treat, Blue sniffed it but refused to eat. All he did was cry behind the bars and there were tears dropping from his eyes, possibly due to allergy. 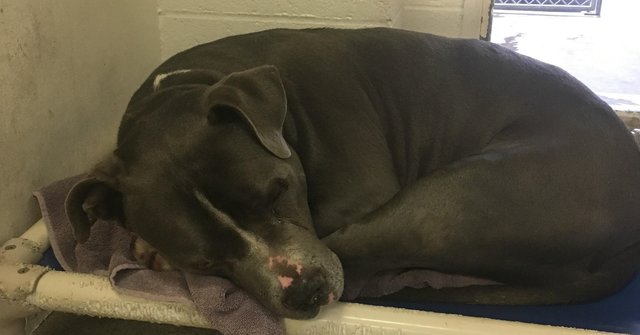 His family was moving and decided not to take the dog along (Credit: The Dodo)

Since high kill shelters euthanize dogs who are not adopted for a long time to make space for the new ones, the chances of Blue getting adoption was rare until few volunteers witnessed his sad face and decided to put out a video of him on Facebook.

Soon after, Blue King had a visitor named Jennifer McKay who had come to meet and adopt him. “He looked very sad and depressed,” Jennifer told The Dodo. She added, “He wouldn’t even acknowledge me at all. All the other dogs were making eye contact and wagging their tails, but he wouldn’t stand up, wouldn’t come see me. It was sad.” 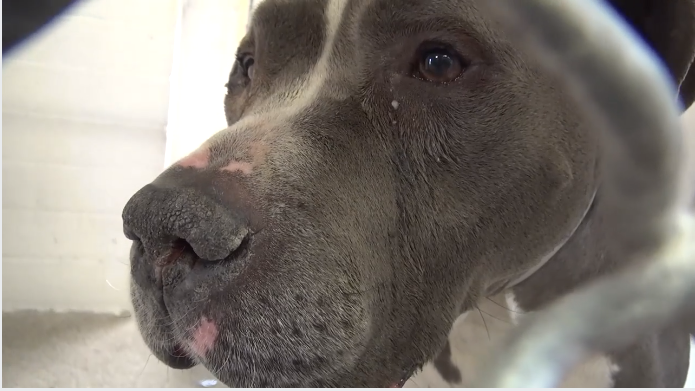 All he did was cry behind the bars of his kennel
(Credit: Screegrab from Facebook/Saving Careson Shelter Dogs)

And thus, she decided to adopt the sad pooch. After passing the temperament test, Blue was welcomed in his new home with his new loving mommy. She says he has transformed into a new dog and is obsessed with belly rubs and gazing at the mirror.

Look at the happy new doggo in his forever home: 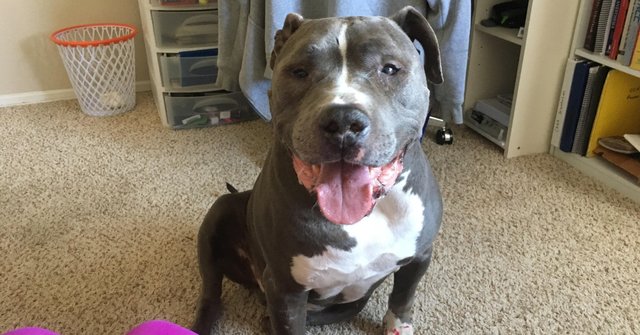 Happy Blue King is his forever home (Credit: The Dodo)