Padma Shri awardee and Asian Games gold medalist boxer Dingko Singh is looking for help after being forced to sell his home to pay for his cancer treatment.

Ngangom Dingko Singh is battling liver cancer and is undergoing treatment with his finances stretched to the maximum limit.

The 38-year-old Manipuri, who became a national hero after returning from Bangkok, has been diagnosed with bile duct cancer. He underwent a procedure in the first week of January, during which 70 per cent of his liver had to be removed, The Indian Express reported.

The Navy man, who is known for his punches and fearless attitude in the ring, had to sell his house to take care of the expenses of his surgery.

After having been bestowed with such prestigious awards, his current state is absolutely saddening. How can a national hero be reduced to such a state? 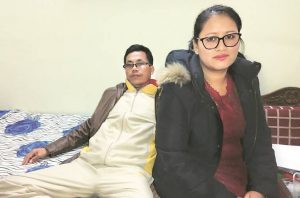 Dingko Singh and his wife Babai . (Photo: The Indian Express)

His wife is equally perturbed about the operation and they are struggling to put together enough funds for the treatment. They have already spent Rs 10 lakh so far and are really worried how they will manage the money for treatment. They definitely need financial help. 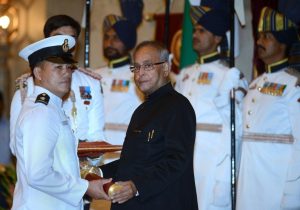 In an interview with The Indian Express, he said, “Jab medal ke saath aaya toh, sab salaam thokte the (When I returned with the medal people used to salute me). Now that I am undergoing this difficult phase, no one, but a handful of friends, are by my side,” Dingko says. “It hurts,” his wife Babai adds.

They are currently living in a friend’s house.

It is heartbreaking to see a Padma Shri awardee go through this. Is the government listening?