On 14th February, Laura Marie Kerr received a message from her boyfriend on Valentine’s Day promising a surprise. She obviously had no idea that she was about to be trolled.

Her boyfriend sent her a series of romantic texts just to troll her, she posted them on Twitter and people lost it. The series of texts is being dubbed as the most cruel Valentine’s day prank ever.

The boy led her to believe that she will be taken away to a romantic Paris getaway, and her hopes were taken to a whole new level when the beautiful city of Barcelona was mentioned. But alas, it all turned out to be a hilarious prank.

The images of the text went viral on Twitter and Facebook, sparking hilarious reactions from all around the web. 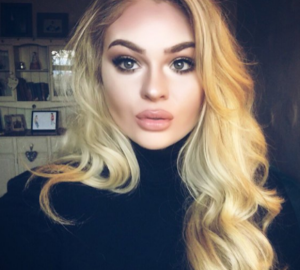 Check out how the prank went down:

It all began with an innocent text 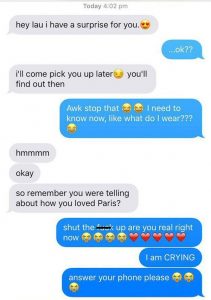 Then took things to the next level 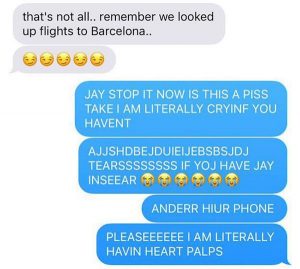 And then revealed the prank 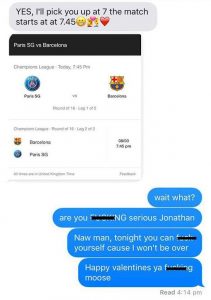 Yep, that’s right, he just intended for them to go and watch the Champions League game between Paris St.Germain and F.C Barcelona at the local pub, which is literally the opposite of a romantic European getaway. And she clearly wasn’t very happy about it.

this boy is getting smacked into 2018 when I see him pic.twitter.com/zos9eVVzWw

when u piss off your girl so u can watch the football in peace cause she won’t want to come round. @lauramariekerr pic.twitter.com/gF4uDDt1vb

@lauramariekerr how long did it take to plan those fake texts?

Are they still together after the debacle? Hell yeah!

We won’t break up, bye https://t.co/ooq8ldyuZl