People often wear makeup to hide blemishes, to look better, or sometimes, just to get in a good mood. But that’s all way too mainstream and Paolo Ballesteros doesn’t do mainstream. Paolo uses makeup to transform himself into dazzling beauties like pop singer Lady Gaga or American supermodel Gigi Hadid.

Paolo Ballesteros is a Filipino actor/ model who also does impersonations and makeup transformations. The 34-year-old recently went viral after his version of Wonder Woman was posted by Gal Gadot herself. Paolo’s transformation into Wonder Woman was so flawless that one couldn’t tell him and Gal apart. “Wow! This is incredible,” Gadot wrote, sharing the video on Instagram, which already has over 3 million views. However, Wonder Woman is hardly his only impressive feat. 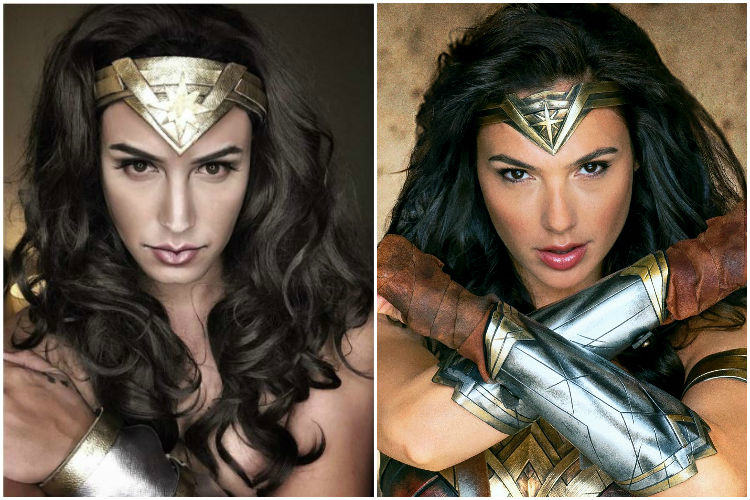 Impersonator Paolo Ballesteros (left) as Wonder Woman and Gal Gadot (right) as the DC superhero from the movie.

Apart from Game of Thrones, Paolo also seems to have a bit of a fascination towards the Trump ladies. Before Donald Trump walked into the White House, he tried his hand at impersonating who was to be the First Lady- Melania Trump.

While his Melania impersonation may not have been spot on, he does manage to pull off an Ivanka Trump more believable than the original one. Watch him transform himself into Ivanka and Tiffany Trump in his videos below:

Uncanny, right? This man is just loaded with talents. His skills have led him to build a huge fan base that absolutely loves all of his works. One Indian fan left a comment on one of his videos saying, “I love your transformations. If possible, can you do transformation of Priyanka Chopra?” Well, Paolo, your move…