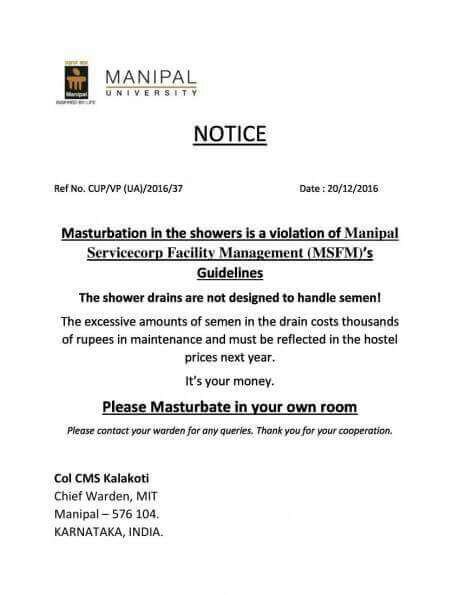 The notice was picked up by many news websites as students expressed concerns on Twitter over the alleged undermining of the students’ rights to self-pleasure. A few called it a surgical strike on single students.

However, when the Inuth.com team contacted Manipal University, many staff members confirmed that the notice was fake.

“When the chief warden issues a notice, it has his sign and stamp which is not present in the fake notice being circulated on the social media. It is fake,” said a staff member.