We Indians have successfully created a new job title: National anthem rakshaks.
Their sole motive in life is to hunt down and assault people who don’t stand up when the first note of the national anthem hits your ears.

Amalraj Peter Dasan, an elderly man from Goregaon, was attacked and punched in the face by a drunk man at a cinema hall on Wednesday evening because he didn’t rise for the national anthem tune that was being played in one of the scenes of the movie Dangal.
Recalling the incident, he said that he had gone for a 7.30 pm show of Dangal, and ironically enough, he and his wife were the only ones rising for the national anthem before the start of the movie as the hall was empty.
Even though the elderly man duly stood up in the beginning of the movie to pay his respects to our national anthem, he couldn’t stand up during the particular scene simply because he didn’t realize it was playing in the background, which triggered the drunk man.

Before he could realize the anthem was playing, Amalraj was attacked while his wife was shocked. 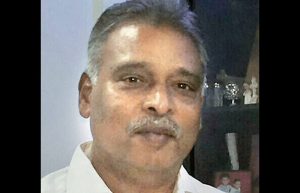 “It was the scene where the protagonist’s daughter wins the gold medal and the national anthem’s tune is being played in the background. Suddenly, a man who was obviously very drunk started screaming at everyone. He was shouting filthiest of abuses and asking people to stand up,” Amalraj told The Mumbai Mirror.

The attacker, Shirish Madhukar, has claimed that he was “taken over by patriotic zeal that reflected in the movie”.

Even before this incident, many have reported being harassed during watching Dangal in theaters: 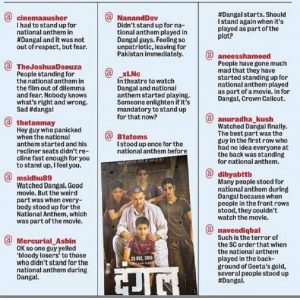 It looks like there is more action in Indian theaters than there is in the movies. Your thoughts?