A disheartened Dr Pankaj Chaturvedi penned an open letter to film director Anurag Kashyap on his PIL protesting the health warning showed on the screen during movies. He filed the petition against the ‘smoking warning’ that flashes in movies because he doesn’t want the sign to be flashed in his upcoming movie. He says it is a violation of his creative expression and curbs his creativity as a film director.

A flabbergasted doctor wrote a letter to him that strikes a chord with many.

You have filed a petition in the Bombay High Court challenging the current censor board notification that mandates certain warning in movies with smoking scenes. As a long-time admirer of your talent, I am truly dismayed. While it’s estimated that tobacco will kill one million Indians this year alone and 3000 deaths every day, you are defending positive portrayal of smoking as expression of creativity and artistic freedom? In this hour of extraordinary death and disaster unleashed by the tobacco industry, you seem to be standing on the side of the Tobacco industry? We were pleased to read it in the newspapers when you’re your former wife and actress Kalki Koechlin had quit smoking and she had rightfully planned to make you quit smoking too.

I have tried to answer some of your arguments contained in your petition that I read in various newspapers.

As a director, you believe this is your “right” to make an actor or actress smoke to portray certain characters and enhance some scenes. Therefore, the mandatory warning is a violation of your ‘right” and “freedom”. Let me remind you that no freedom is absolute and all liberties guaranteed under constitution are subject to reasonable restrictions. This is founded on the principal that when there is a conflict between the rights of the individual and the interest of the society, the later must prevail. Moreover, fundamental rights must not be seen in isolation but alongside the fundamental duties? Are you justified in forcing an actor to smoke and violate his “right to dignity or right to health”? Are you justified in exposing the crew members to toxic fumes laden with more than 3000 harmful chemicals and 28 carcinogens? Unlike alcohol drinking which can be feigned, smoking requires lighting a real cigarette. As per our constitution, no person shall be deprived of his life or personal liberty except according to procedures established by law. 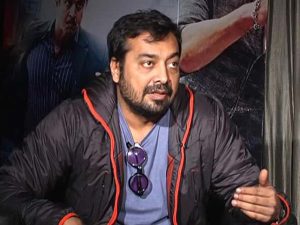 Point no 2 – Anurag Kashyap told the Bombay High Court on Tuesday that he would not comply with the rules of the Cigarettes and Tobacco Products (Prohibition of Advertisement and Regulation of Trade and Commerce, Production Supply and Distribution) Act while screening his soon-to-be-released film Ugly.

Formation of any law follows an intense interaction between all credible stake holders and those who may be impacted by it. After taking in account the social academic, economic and legal considerations, Parliament agreed to mandate such warnings in the public interest. Moreover, Supreme Court has upheld the decision of the Government.

Shouldn’t you respect the will of the Parliament and decisions of the honourable Supreme Court?

Point no 3 – Describing Ugly as a “dark thriller”, Kashyap said in his petition before the court, that there are several scenes that depict the use of tobacco products as part of the film’s “sinister theme”.

There are proven instances where tobacco industry has paid producers for the favours to show smoking scenes in cinema. I sincerely hope there is no “sinister intention” behind your PIL.

Smoking in public places is prohibited under Indian law. Don’t you understand that smoking during a film shooting harms innocent people around the smoker? Needless to say, every puff of cigarette is potentially harmful for smoker and the innocent bystanders. Who will stand up for the camera man, spot boys, lights man and other workers who inhale carcinogenic fumes as unnecessary professional hazard? 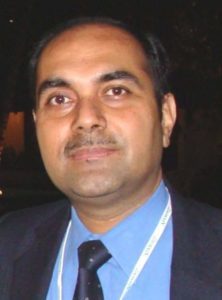 What about the violation of their right to health or right to live as guaranteed by constitution of India? Think of the pregnant crew members who will have still birth (dead baby), intra uterine growth retardation or birth anomalies in their babies because of the second hand smoke? As a director it is your duty to protect the vulnerable population working under your rather than exploit them for your idiosyncrasies.

Point no 4 – The petition states that the projection is a “part of the director’s vision” and a cinematic genre which is rarely explored in Bollywood.

Superstar Rajnikanth, who has a massive fan following and was famous for flipping a cigarette and catching it in his lips that millions of our youngsters must have tried. After he suffered from smoking-related health issues, he quit smoking and urged his fans to do the same. This is just one of the examples where cinema may have misled many youngsters into believing that smoking is cool.

After persuasion by then health minister Rajnikanth decided to shun smoking scenes in his next movie. It was heartening that “Chandrmukhi” turned out to be a block buster even though Rajanikanth did not have a single smoking scene in that!

Humphrey Bogart’s rings of smoke choked him to death. His millions of fans probably would have met the same consequence. Should we hold the movie directors liable for that? You may be aware of the fate of many of the Marlboro Men who died prematurely of lung diseases and some due to lung cancer.

Point no 5 – Kashyap, in his petition, said the film’s release has therefore been prevented. The film was originally scheduled to hit cinema halls in January.

I hope it is not a publicity stunt to publicise your movie before it is released and get you more profits. Unfortunately, your approach is pro-tobacco (whether you like it or not) but hostile to the interest of the society.

This sounds completely absurd that product placement in cinema does not amount to advertisement. Everyone knows that such product placements are a huge source of revenue for majority of movies released these days. Mere mentioning of a particular pain relieving balm in one of the popular item numbers led to a windfall profit for the manufacturer. When Aamir Khan shaved his head in Ghajini, thousands of his fans got their heads shaved! Compared to rest of the world, cinema has got tremendous influence in India. Indian actors are treated like gods!

Point no 7 – It well known, despite the statutory warning against smoking, a number of persons cutting across our social fabric — be it political leaders, professionals, academicians, doctors, gangsters, army and police officials, bureaucrats, intellectuals, lawyers, anti-social elements or others — do smoke and use tobacco products,” it says.

Indeed there is a deep logic when government imposed such censorships. Such scenes disturb the vulnerable minds of young audience and violate viewership norms. As per your philosophy, anything that is commonly done or part of our daily life, must not be censored. Urination and defecation are also natural acts. Should they be shown on screen in any civilized society? Just because cigarette smoke is invisible, it doesn’t make it better than urinating!

Mr Kashyap, the habit of using tobacco starts as early as 17 years of age (Global adult tobacco survey 2010) when you are neither an engineer nor a doctor. That is the time, in the throes of rebellious adolescence; one tries everything that is forbidden. This is shrewdly exploited by the tobacco industry. Two third of all tobacco shops are near the educational institution as per survey of an NGO in Mumbai. By the time one become doctor, engineer, soldier, lawyer, politician etc. it is too late to quit the habit. Only 2% of Indians are able to quit tobacco that too after getting fatal illness. No one knows it better than you, how difficult it can be to quit smoking.

Point no 8 – The Act imposes curbs on usage of tobacco products in films and television programs, unless an “editorial justification” is provided by the filmmaker, and also necessitates an ‘A’ certificate from the CBFC, the petition says these provisions are “illegal” as film certification comes under the Cinematograph Act, 1952, and cannot be governed by the Cigarettes and Tobacco Products Act.

The best way to avoid that ‘disturbing’ clip is by avoiding glamorisation of tobacco in the movie. If it is absolutely essential, why are you shying from offering an editorial justification? Moreover, a law to protect public health naturally supersedes a law that governs entertainment. Moreover, I don’t believe that a talented director of your stature needs ‘Ugly” smoking scenes to enhance the impact?