Who is Dhinchak Pooja? And how did she get the internet world to talk about her? Pooja has been the toast of the web world ever since the release of her music video, “Selfie maine le li aaj”. The video has got massive web coverage, and got over 10 lakh views in just four days. It is right now among the top 20 trends on YouTube. She is getting the attention of many youtubers who want to collaborate with her. Even All India Bakchod’s Tanmay Bhatt wants to work with her (Or may be he was just joking).  He tweeted: “Hey @DhinchakPooja – lets collab.” Twitter is in awe of her confidence as highlighted in these comments: “EngiNerd.‏ @mainbhiengineer  Dhinchak Pooja, the only Youtuber who didn’t say to “like, share, subscribe” her video. Such confidence in content. Respect.” Comedian Sahil Shah says, “I want her confidence”.

But what is it about her or her songs that has got so many people taking note of her. This when she can’t even sing and her song is both an ear-sore and an eyesore. Already, at least a dozen spoofs of the song are doing the rounds.

You need to read the lyrics to appreciate the sheer ingenuity of it.

selfie na lu kisi ke saath mein (or something to that effect).

This is not the first time that her song has got people losing their calm on social media platforms. The last releases, “Daaru Daaru Daaru” and “Meri swag wali topi” got similar love (read hate) from listeners. Interestingly, Pooja’s uses only electronic music as her background score, she doesn’t really auto-tune her voice, which is one of the reasons why the end product sounds ridiculously funny. Pooja doesn’t have a gifted voice but she doesn’t really care. She has received some insane amount of hate on social media for her bad singing skills. Take a look.

So, who is Dhinchak Pooja?

As evident from her music videos, she is in her late teens or early twenties, has a bunch of rowdy guy friends and owns an Audi. She is from Delhi, given that her songs are shot in popular spots in Delhi-NCR, like GIP, India Gate, Lotus temple or in bar and clubs.

She is also a ‘feminist’ or at least likes to wear T-shirt with quotes which say “Females are the future” in topsy turvy. 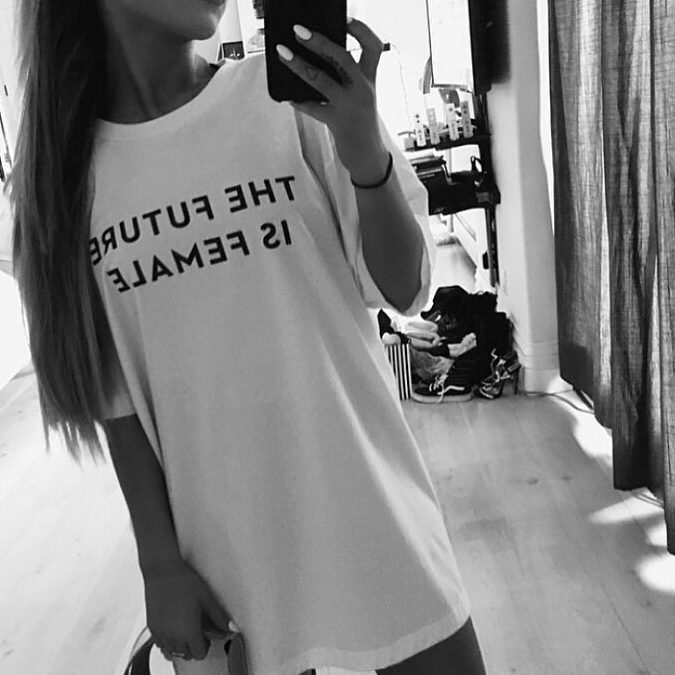 There is not one kind of selfie she hasn’t clicked. She is either flaunting a pout or her cool shades.

Why does she call herself a singer, when clearly she can’t sing? Why does she write such inane lyrics that make no sense? And why does she continue to produce music when people clearly hate her songs?

Someone on the Q and A forum Quora gave an interesting insight into what Pooja’s music stands for and whether what she does can be counted as music or just a tactic to garner eyeballs.

According to this Quora user there is a genre called cringe-pop – a kind of music that is created with the purpose of irritating people to the point that they actually start liking it or at least start discussing it. When I googled “cringe pop”, I found such a genre does exist. Pakistan’s viral sensation, Taher Shah, perhaps, beats everyone else hands down in this game. With songs like Angel and Eye to Eye, cringe-fest seems to be Shah’s middle name.

In the United States, children as young as 10 year old are creating this kind of music. But their production quality is far superior to either Taher Shah or Pooja’s videos. All of 14 year, Jacob Satorius has a net worth of 300,000 dollars merely by lip syncing songs and writing cringe-pop lyrics, the most popular one being “sweatshirt”. 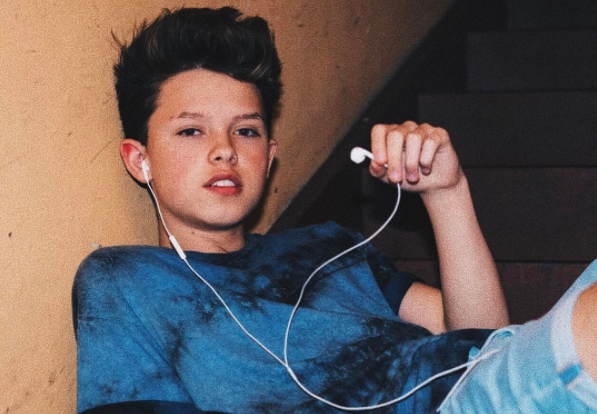 You have to listen to his songs (lip syncing )to understand how smart this kid is, although, nothing he says or writes or sings makes any sense.

Another example is 19-year old Rebecca Black. According to wikipidea, its Black who began the genre cringe pop in 2011, with her song ‘Friday’. Again same autotune, fake lip syncing, wannabe rockstar behaviour and extremely bad and inane lyrics which goes like this: “Today is Friday, Yesterday was Thursday”

Dhinchak Pooja is nowhere near these teenage sensations. Unlike Pooja, who is deliberately trying to act in a certain way to make people react to her theatrics, these kids actually believe they are singers and performers and have real ambitions of making it big in the music industry.  Despite the stark difference in their attitudes and productions, the end they are trying to achieve is the same. Maximum impact, minimum work. Just grab a camera, autotune, scribble some nonsensical lines that people can catch onto and post your video out there for people to actually marvel at your genius or the pure lack of it. And this is precisely why despite so many rude and dirty messages, Dhinchak Pooja refuses to stop the onslaught of her videos.

She knows she is not a a singer but a viral sensation, and a smart one at that.  For she understands the easiest way to become famous is to give the internet something they can mock, judge and  tear apart. Give them anything, be it Priyanka Chopra’s trench coat or Justin Bieber’s lip syncing, the internet will shred even the high and the mighty’s self esteem into pieces while giving tremendous popularity to their victim. This the truth of the viral obsessed world. Nothing is bad enough for people to ignore. You do something great, you might get noticed briefly. But you do something idiotic, and man be ready to trend across the universe. And with an audience like that clearly, Dhinchak Pooja and her tribe is here to not just survive but thrive.