Just a month ago, International star and Bollywood diva Deepika Padukone attracted a huge backlash on Instagram and was massively trolled for the bold garment she was wearing during her photo shoot. Many trolls came forward to spew remarks and give lessons on ‘Indian sabhyata‘. But it seems, controversies do not shy away from the beautiful actress who enjoys a massive fan following of 18.8M followers on Instagram. After her outfit choices were deemed “vulgar”, “disgusting” and “cheap” by the trolls, this time the “Piku” actress is being trolled for looking too skinny in her recent photo shoot for Vanity Fair.

Just recently, the 31-year-old actress uploaded a black and white photo of herself on Instagram from the latest Vanity Fair photo shoot clicked by fashion and beauty photographer Marcus Ohlsson. She is seen donning a Chanel slip gown accessorised with a gorgeous jewellery and looks flawless in that mid shot for Vanity Fair, whose cover she will be gracing for its August edition.

Instead of appreciating the diversity of her work and the numerous accolades bagged by the actress, fans took to Instagram to spew their hateful comments about her body. Deepika, who is currently busy in the shoot of Sanjay Leela Bhansali’s period drama Padmavati, was told she looks like a “cancer patient” and was asked to “go have a burger”.

Despite surging awareness about body shaming, celebrities (especially females) are still often judged or trolled for their bodies rather than their work.

Take a look at the crass comments: 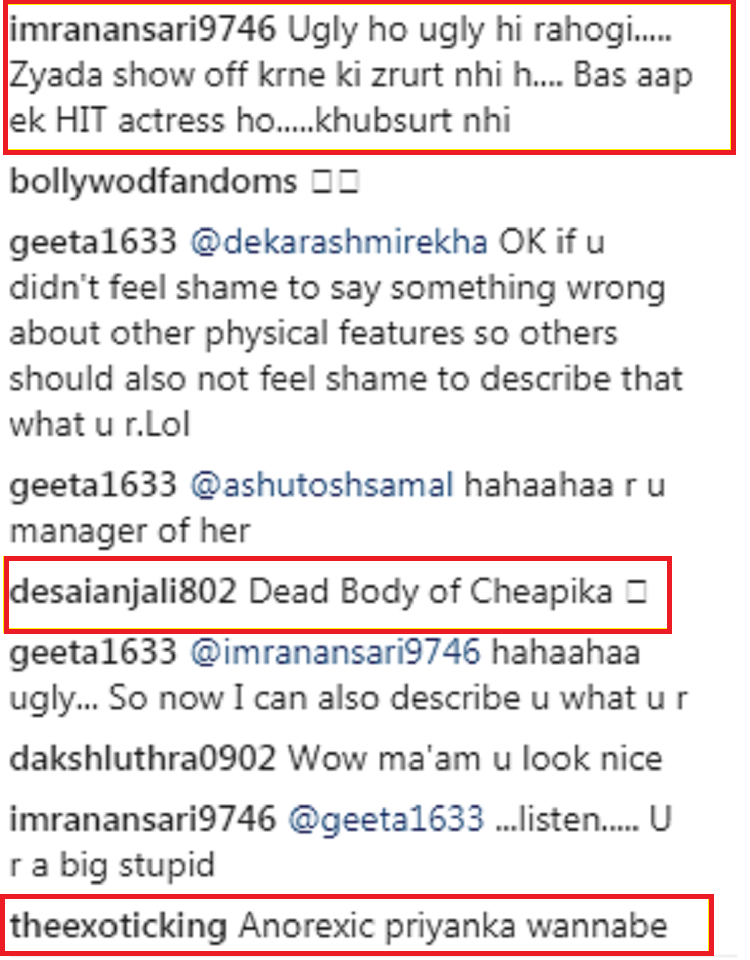 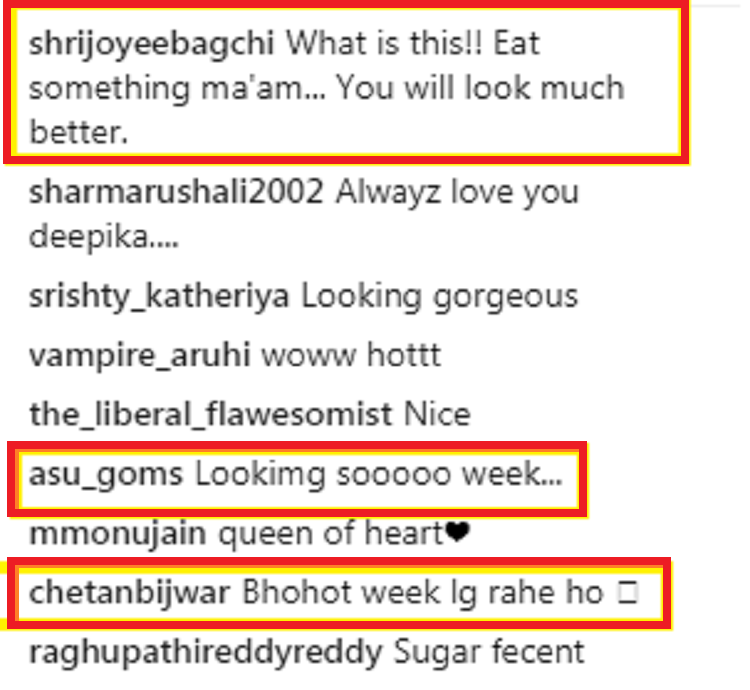 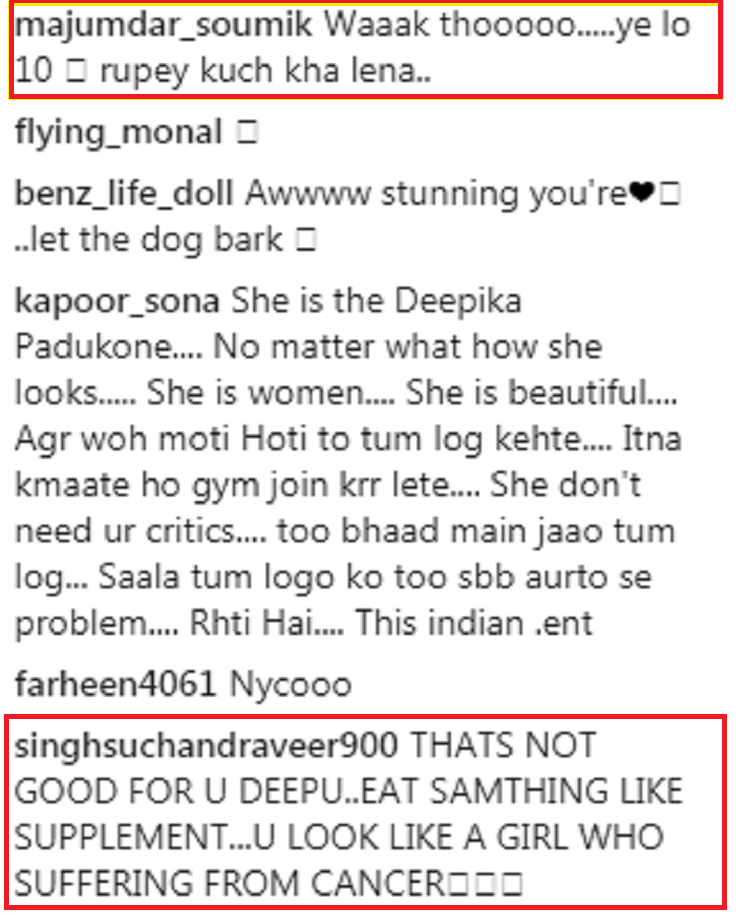 If only people looked beyond people’s bodies and start appreciating their work. Body shaming needs to stop, you guys.