Justin Trudeau, millennials favourite Prime Minister is back in news with one more reason for us to love him. Known for his style, exuberant persona, and promotion of ideals based on unity rather than division, Justin Trudeau is a social media favourite. Just recently, he photobombed a bunch of high school kids in Vancouver who were taking photos before their Prom Night and the result was a lot of high-pitched enthusiasm.

In one of the pictures taken by Prime Minister’s official photographer Adam Scotti, Mr Trudeau – in a t-shirt, shorts, and running shoes,  is seen jogging past a bunch of high-schoolers who have no clue who the guy with headphones running past them is, and continue taking photos. Well, can’t blame them! Pre-Prom photographs have to be amazing. But then, suddenly one of them realises that the guy jogging near the sidewall is none other than the Prime Minister and this the series of crazy pictures begins. Adam Scotti posted this picture on Twitter with a caption, “Prom season in #Vancouver.”

And Twitter got another reason to go berserk on the lovely Prime Minister. Here’s how they reacted:

@AdamScotti What a fun surprise for this group of grads. 🙂

@AdamScotti Love the reaction by the girl on the far right

Few pictures of the event were posted on Instagram by students and Adam Scotti: 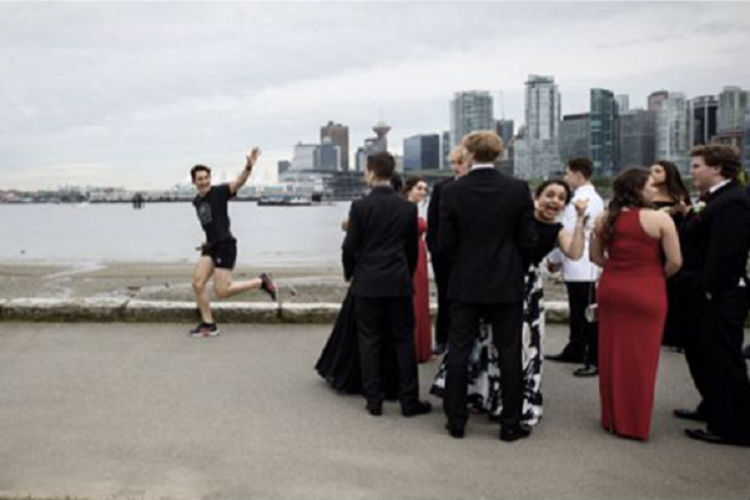 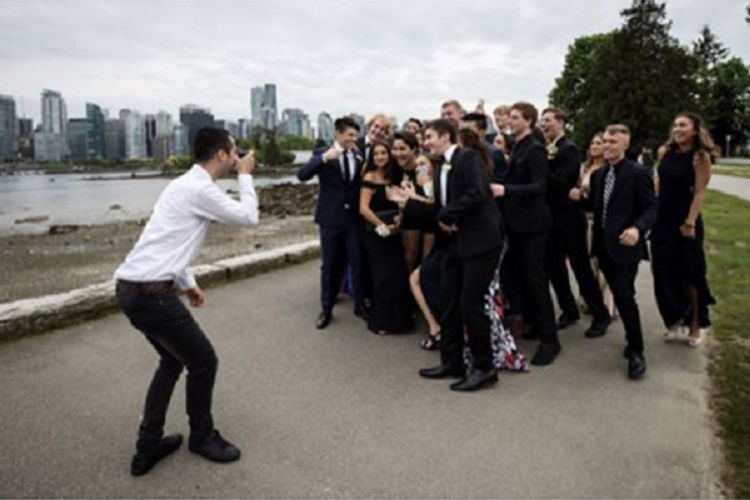 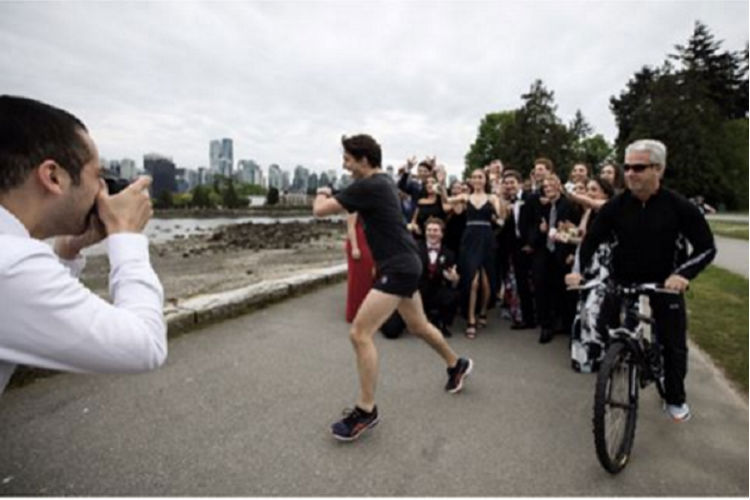 Adam captioned these images as:

I run. Tommy runs. The boss runs. This is part of a little side project to document the places we go and the runs we go on. Sometimes it’s just scenic shots, other times, it’s running past an unsuspecting grad group – half clued in, others were more distracted by the ginger with the camera. A memorable moment for all. I always love to watch people’s faces as they realise who just ran past, often several paces after he has passed. #cdngingersnaps #stanleypark#vancouver #cdnpoli @canadianrunning

Guess, some things are more exciting than the Prom!