Let’s begin this article with slow claps, shall we?

While we all understand that being an extraordinary genius isn’t the first (or last) quality one looks for in an actor, one would expect them to have basic human knowledge, right? Well, one is about to get disappointed. Very very disappointed.

A meme has been floating around on social media for  the last two-three weeks. The meme basically asks you to add your current age to your date of birth, and MIRACULOUSLY it always adds up to the current year. Now if you’re amazed at this phenomenon and actually tried adding the numbers to check, please close the article. Leave. Switch off your phone and take a long vacation.

If you have an ounce of common sense you’ll know that it’s pretty obvious the meme is for trolling people because adding your age and date of birth will obviously add up to the current year! Few Bollywood celebs obviously didn’t understand this as they shared the meme on Twitter and collectively gawked at the magic whilst Twitter gawked at their stupidity. Their RTs immediately became a ‘Try not to cringe’ challenge and we cringed. Multiple times. Check out the tweets:

Rishi Kapoor is bamboozled by this sorcery. 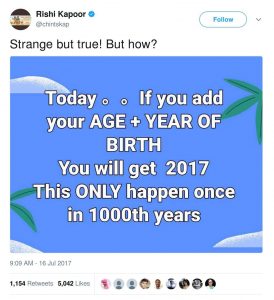 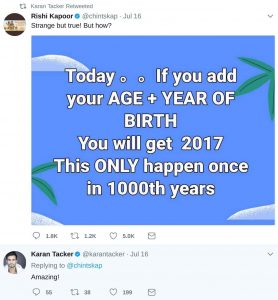 Is this math? Is this science? What is this!? 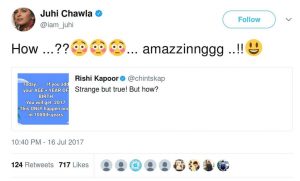 What messes with our head the most is why would Senior Bachchan retweet this?! 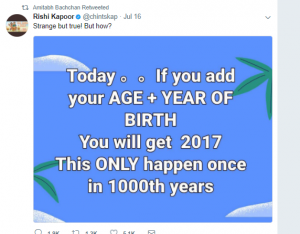 Twitter collectively gawks in amazement at these adult human beings: 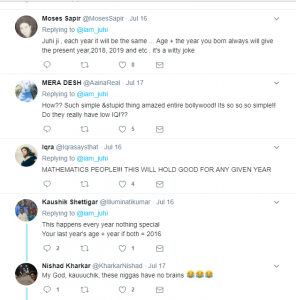 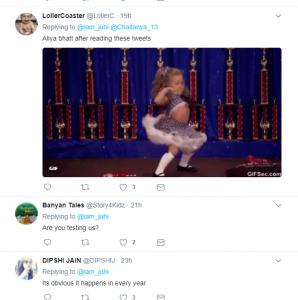 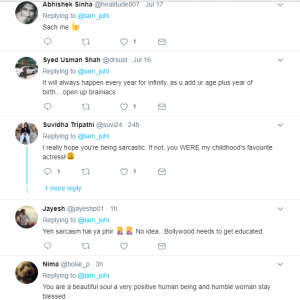 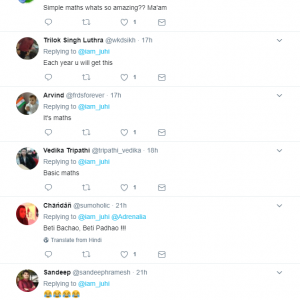 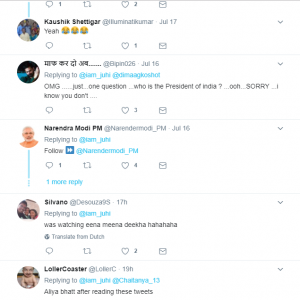 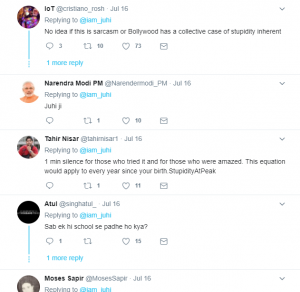