Despite a slew of epic performances and Red Carpet banter, the 60th Annual Grammy Awards ended up being more serious than entertaining. Not that we are complaining, but this edition of Grammys was a bit too politically-charged. Except perhaps the last 20-something seconds of Rihanna’s performance of “Wild Thoughts” along with DJ Khaled.

Towards the end of her raunchy AF dance routine at NYC’s Madison Square Garden, Riri broke into the Gwara Gwara — a South African dance. While the rest of us saw a more obvious picture of Rihanna channelling her inner wildness, others saw an opportunity — a very meme-able opportunity. 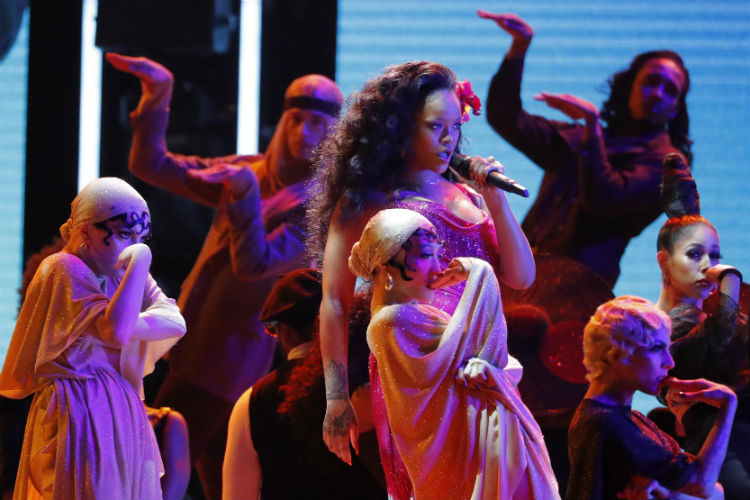 People  gif-ed the hell out the video:

When she hungry and finally get some food pic.twitter.com/FHqbnMRQSw

ALSO READ: It was Mars attack at Grammys 2018

And once the ball got rolling, there was no putting a stop to the virality of this perfection.

Me when my pizza arrives pic.twitter.com/kUHdlBjC5h

when you have to call someone you don’t want to talk to and the voicemail picks up pic.twitter.com/iRNiHiVjd4

When bae bakes the mozzarella sticks instead of microwaving them pic.twitter.com/mMeDA0iTYB

When your auntie tells you that you don’t know nothing about that dance #Grammys pic.twitter.com/2quKpUFSJO

When the hot water hit your back in the shower… #GRAMMYs pic.twitter.com/SLqp6o2VLZ

When you hear your jam in the club…
YAS @rihanna! #Grammys pic.twitter.com/mgMIwA2WJy

When you see bae on IG lookin’ like a whole snack. #GRAMMYs pic.twitter.com/kchBIuxD8n

When there’s no one ahead of you at the Metrocard machine and the A train goes from 125th to 42nd in under 10 minutes pic.twitter.com/fuTLTy5rKz

Dang! Bruno may have gotten six Grammys, but we know who’s the real winner here.