Are ad agencies handing over their advertisements to inexperienced interns, ’cause that’s what it really seems like. First Pepsi and now Nivea, it seems as if nobody is giving their ads a second thought. After the recent blow-out over Pepsi’s ‘Live For Now Moments’ ad featuring Kendall Jenner, Nivea has been pulled over for a seemingly white supremacist campaign- ‘Invisible For Black & White’.

The latest Nivea ad about a deodorant could have been done in a thousand different ways which didn’t seem racist but apparently, the skin care company thought the best way to go about it was with the tagline, ‘White is Purity’. What they wanted to highlight was that the deodorant did not leave any marks on black or white clothing. Way to make a lucid advertisement, right? 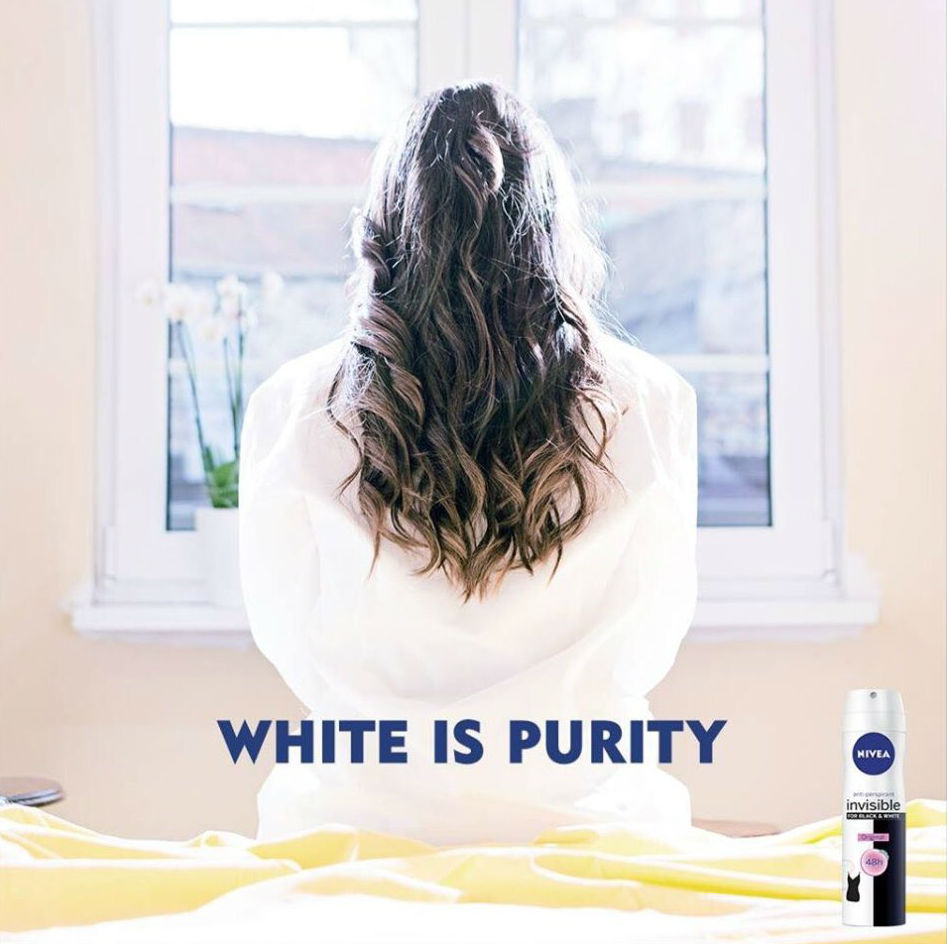 To make it worse, the ad was posted on social media with the caption “Keep it clean, keep it bright. Don’t let anything ruin it, #invisible.”

I love a social media manger with a death wish. pic.twitter.com/M86Y4AhJaD

Come on #Nivea. This is so racist that I do not even know where to begin. Speechless. In future, refer to clothes or products, not colors. pic.twitter.com/m0KTSALFKo

I wonder if #Nivea and #PEPSI use the same ad agency ……. and if the #Trumps own it?! #madmen #niveawhitepurity #PepsiLivesMatter pic.twitter.com/FhqgNMLb83

The obnoxious nature of the ad was brought up in the Middle East. A report on the New York Times even suggested that white supremacists assumed that Nivea was all up for their cause. Much like Pepsi, though, this isn’t the first time that Nivea has produced an offensive ad. In 2011, they had released an ad featuring a black man tossing a decapitated body of another with the tagline “Re-civilize Yourself.”

The controversy has spread like wildfire across the internet and now, even tech brand Sony has fallen under the grip. Not for anything new but, for an advertisement they did 10 years ago.

sony: literally just make the most racist thing you can imagine
designer: wait what
sony: we’ll give you ten grand
designer: pic.twitter.com/02a9UJM4vA

Amid Pepsi and Nivea’s controversies, the old Sony ad also went viral which featured a pale, white woman grabbing a black man’s face with the caption saying ‘White is coming’. The ad for PlayStation Portable was released in Netherlands in 2006.

Nivea has now officially apologised and has withdrawn the controversial advertisement. Nivea stated, “This ad was inappropriate and offensive. It was never our intention to offend anyone, and for this we are deeply sorry. This ad will never be used again. Diversity and equal opportunity are crucial values of our company.”