Long before Aao Kabhi Haveli Pe became a meme of legendary proportions, the quintessential haveli had become a Bollywood fixture – it’s first love affair if you will. Not one film, be it the haveli(s) in Dilip Kumar, Vyjayanthimala, and Suchitra Sen starrer Devdas (1955), or the rambling kothi/haveli in Jab We Met – Bollywood’s favourite location isn’t Switzerland, it is a haveli. Not wonder then Aao Kabhi Haveli Pe, with its innuendo and passive aggressive undertone seems to be a hit with the classes as well as the masses. We’ve grown up with the haveli as our regular fare – we now almost identify with it.

But here are some examples of Bollywood’s fascination with the iconic mansion, the representative of class, the harbinger of wealth and a loud-enough trumpet of everything over-the-top.

The most common face of haveli-dom is of course Amrish Puri’s Nagina avatar, whose sinister ‘call’ to the haveli is now the stuff of legends. But he’s hardly the only brand ambassador of Aao Kabhi Haveli Pe.

Take a look at Sunil Shetty and Paresh Rawal in this iconic (and hilarious) scene from the 1994 film Dilwale:

And while we’re at it, do also check out this battle of the solitary haveli courtesy Anil Kapoor and Amrish Puri from the hit 1989 film, Ram Lakhan:

Bollywood may not be aware of it, but the archetypal haveli IS its pehla pyar.

From the Hum Saath Saath Hain mansion to the wedding scenes in a destination wedding in Yeh Jawaani Hai Deewani, from the bhootiya haveli in Bhool Bhulaiya to the iconic haveli in Paheli where Shah Rukh Khan haunts its corridors; Bollywood isn’t new to havelis. In Devdas (all versions) you have Paro peeking from haveli to another haveli or you have Jab We Met‘s mansion which is apparently supposed to pass off as Geet’s house. 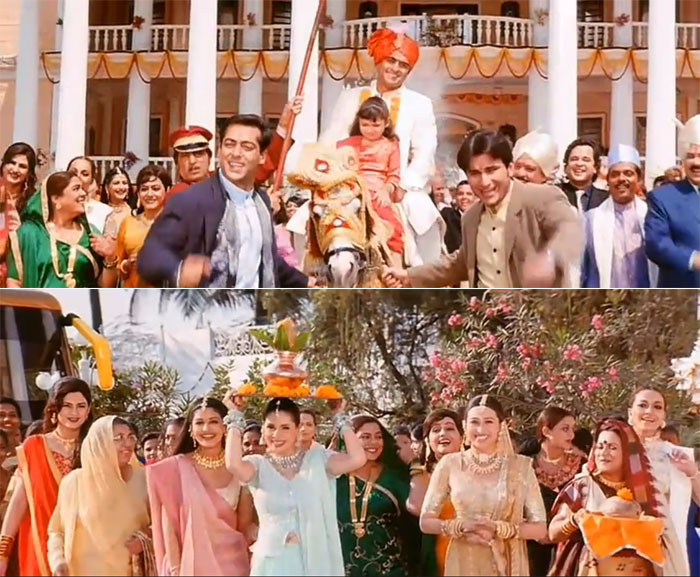 And it is not just the period dramas that are shot here but iconic Bollywood numbers that resonate with the spirit of Hindi films. They don’t need elaborate sets but instead, they are a fan of travelling to the hinterland of Rajasthan and shooting in iconic palaces.

This fixation with shooting in forts, mansions, museums and heritage sites cannot be decoded into a simple pattern. No, you must watch how they have over the years, managed to evolve by using even bigger havelis and fancier locations.

Whether it is a youth-oriented film or a family film, we all have a haveli masquerading quietly in the background. 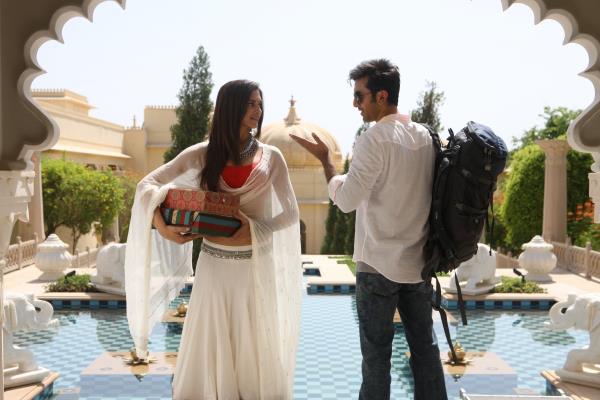 From Mandawa to Mehrangarh Fort in Jaipur they haven’t left any stone unturned.

Every haveli signifies a significant event in the lives of the characters and doesn’t merely loom in the background. From our horror films to our representation of epics, we are and we will remain obsessed with Havelis. One haveli may transform into a cellular jail and the other the haunt of a blood-thirsting ghost from another era, we love havelis and we cannot lie. Period.