Just a few days after we lost all Dhinchak pooja videos on YouTube, comes another tragic news. Our favourite vlogger Rakhi Sawant has deleted her Instagram account. It was our only source of entertainment and inspiration and we’re just lost at this point.

While some say it was hacked (and we hope she recovers it soon), we began imagining WHY would queen Rakhi quit Instagram? After pondering for a while, we could think of 7 totally realistic reasons why she left Instagram. Here goes:

All of us know that she is an ardent Jeejus follower. Some of her pictures were getting way too racy and obviously, Jeejus doesn’t approve. She obliged to like the obedient follower she is and took down her account immediately. 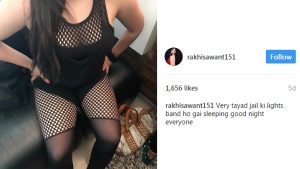 Snapchat was done with her sh*t

Everyone who ever stalked Rakhi Sawant knows her obsession with Snapchat filters. The obsession clearly crossed the line and the Snapchat CEO was this close to calling our country poor again. 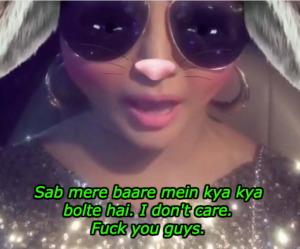 Let’s face it- Everything Rakhi vlogged about was pure gold. From Dubai to F*ck you guys I don’t care, Rakhi covered the entire spectrum of vlogging and retired.

Rakhi was fed up of the mediazz and left Instagram.

Poor innocent Rakhi was cornered by the government after she threw shade at the current leaders in a recent video. Desi Illuminati, if you will.

Legend has it that Dubai tourism saw a 106% decrease ever since Rakhi put out her vlogs. The entire account is obliterated now. Coincidence? Nope.

Rakhi’s posts were deep and she gave way too many life lessons. Maybe she became too woke for her own good and had to disappear because her posts were too much for a normal human being to comprehend. 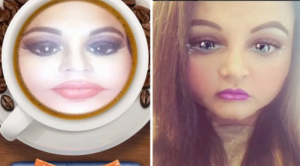 Whatever be the reason, we miss you Rakhi.