If there’s one thing that’s common with every Indian millennial, it’s that we all grew up watching and loving Kuch Kuch Hota Hai, over and over again. At some point, we’ve all laughed or cried with this emotional rollercoaster by Karan Johar. Until one day, after that 1,532nd time rewatching the film, when the humour died, we could see this evergreen movie for what it really is- just another cheesy, nonsensical drama with Indian stereotypes dressed in western clothes. #SorryNotSorry @Shah Rukh Khan fans, @Kajol fans, @Rani Mukherjee fans.

Before you turn to look for the nearest heavy object to fling at me, read on…

1. Was Anjali (choti wali) born with the ability to read?

First of all, before dying, Tina left her daughter eight letters for her first eight birthdays. Normally kids start to read around the age of 5 and even then, barely. So, how did Anjali manage to read all of those letters? More importantly, what did the first letters even look like? Doodles?!

2. An 8-year-old is TOTALLY capable of locating an unknown woman and fixing an adult’s love-life, right?

Before assigning her 8-year-old daughter with the task of turning marriage bureau, didn’t it, even once, occur to Tina that the job may be too much to handle for a child? How did we even think this was a great film? How did we watch it so many times?

3. Oxford University is in London apparently

Oxford University is in Oxford, BTW. So, when Principal Malhotra tells professional brown-noser Anjali about his daughter Tina coming to study at their college, he mentions she’s from Oxford University in London. Hey Johar, next time you make a movie, how about a quick fact check? 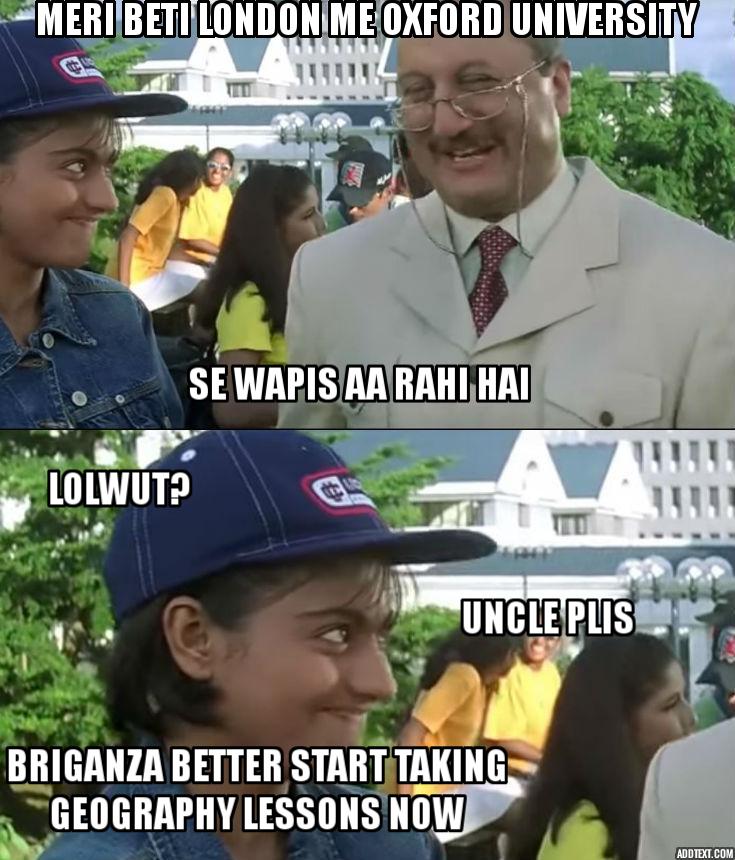 4. The professors are hella inappropriate

It’s inappropriate enough for a teacher to not comply with the college guideline of ‘no short skirts’ but, Ms Briganza flirting with Principal is a whole other level of being unprofessional. Then there’s the casual nod to Rahul’s whistling and talking passionately about love in an English class. *maximum cringe*

5. “Pyaar dosti hai “
I think we all know how much of that is true. Love is friendship only until you see a hot, dolled-up new chick in college in this film. #LoveAtFirstSight #TrueLove 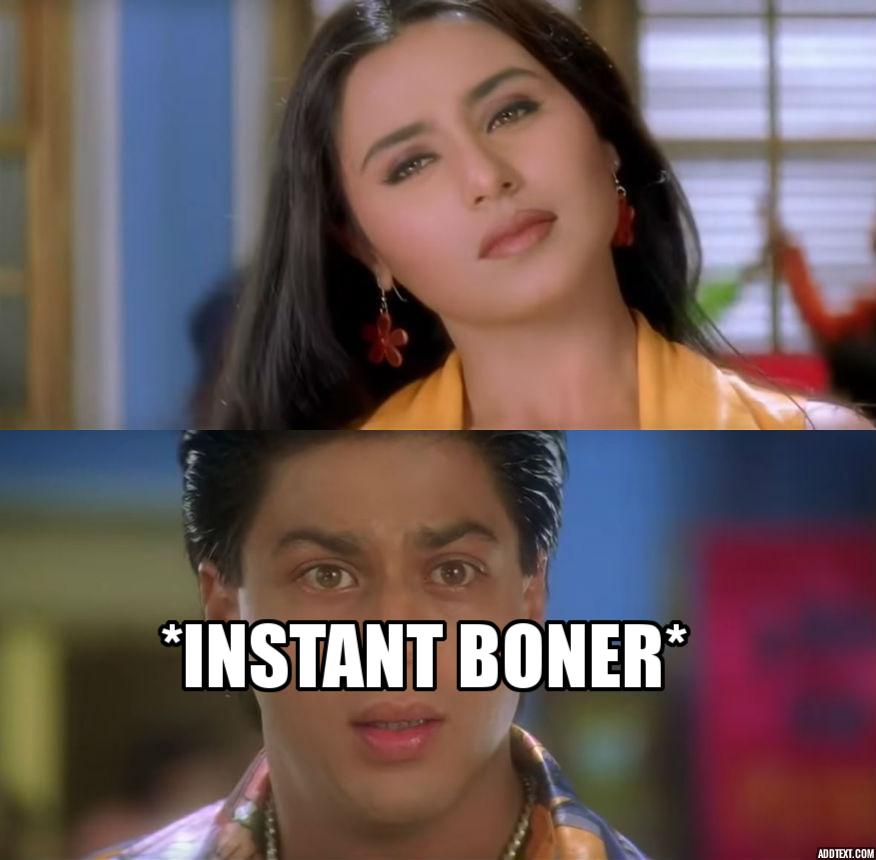 6. Makeover = Saccha pyar  #SuchLogic #MuchWow
Okay, so Anjali knows Rahul will never like her as long as she is a tomboy. Even Tina laughs at her when she tries to fit in more. So she stayed true to herself and she left college. And then she got a makeover which in turn led to Rahul’s epic realisation that he loves Anjali. WOW.

7. Nothing fixes a broken heart and tense friendship like a foul basketball game
After Rahul savagely stomping on her heart, which caused her to quit college, redefine her persona, and is also probably why she’s marrying the guy she doesn’t love, Anjali is super chill about Rahul. The two play basketball like old pals again, and all was as if nothing wrong had ever happened between them.

8. Legit same old Anjali + Long hair + Sari = Bae
Rahul is some other level piece of work. He friendzones Anjali all his life then, one dead wife, one broken family, 8 years and a freaking lame trip to summer camp later… “Omg! I loved THIS one all along.” 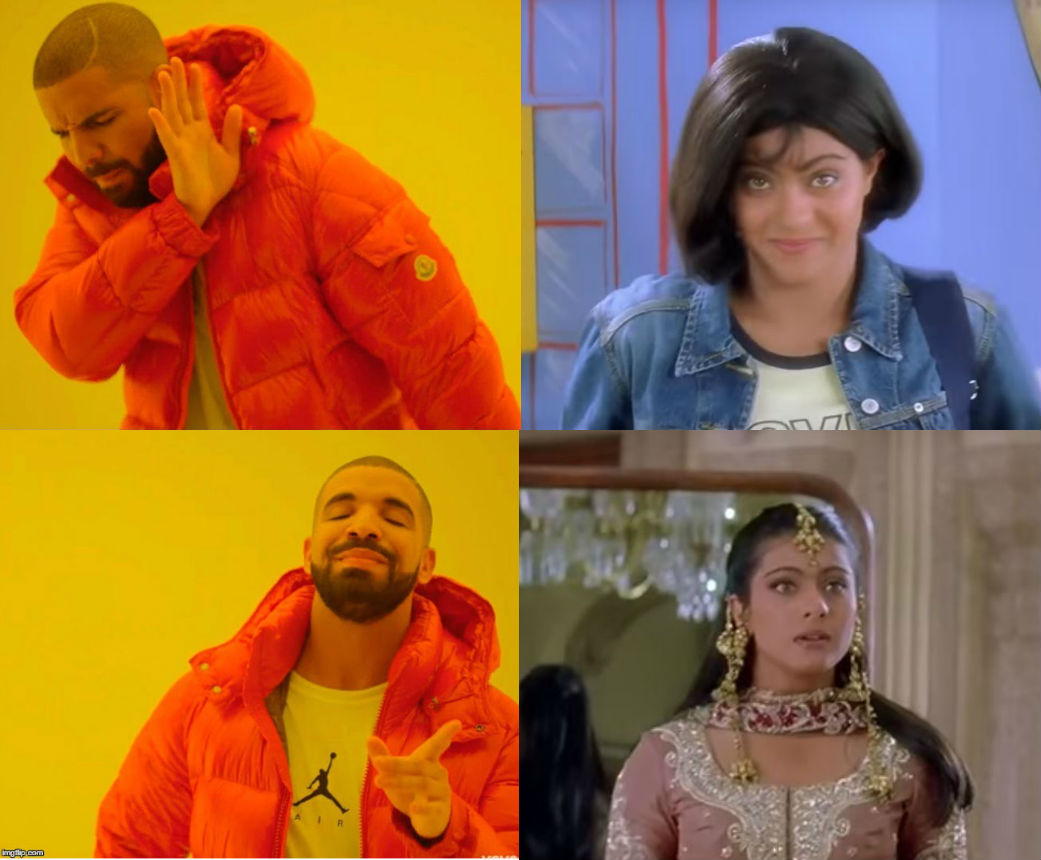 9. Aman chasing Anjali into the woods
After her little “moment” with Rahul, Anjali just randomly dashes into the woods and when she turns, it’s her mfkin fiancé! How did he even find her there though? 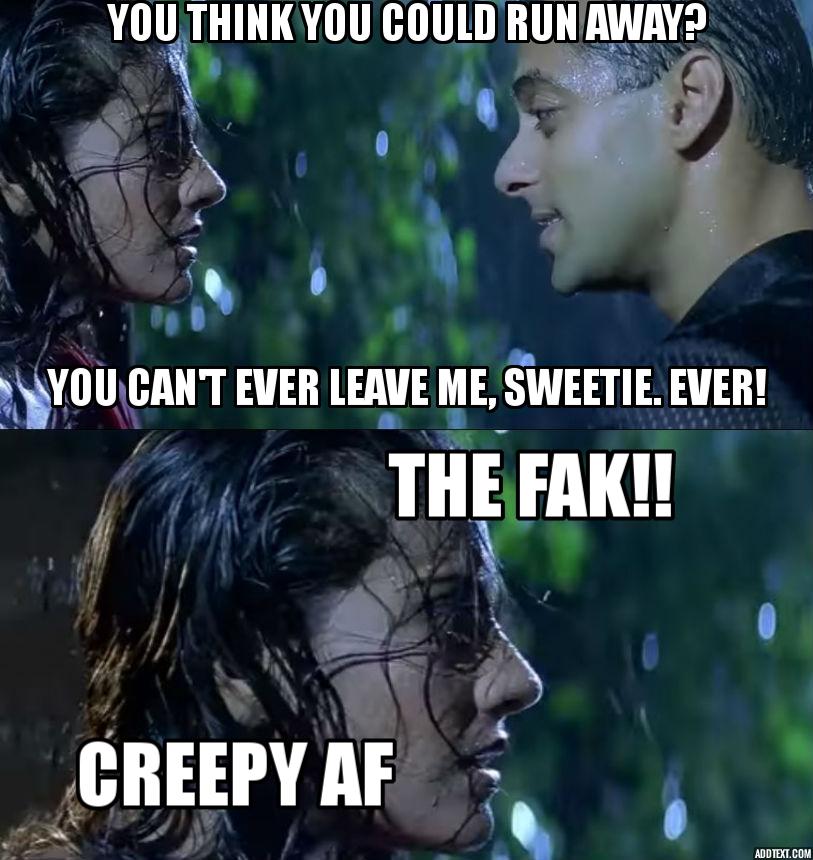 10. Anjali chooses Rahul over Aman ’cause, who needs respect in a relationship, amirite?
Finally, the moment of truth. Anjali has both Rahul and Aman standing in front of her. One of these guys treated her nice, respected her wishes, seemed mentally stable, was liked and accepted by the family, and the other one’s Rahul. The choice was pretty clear, really… 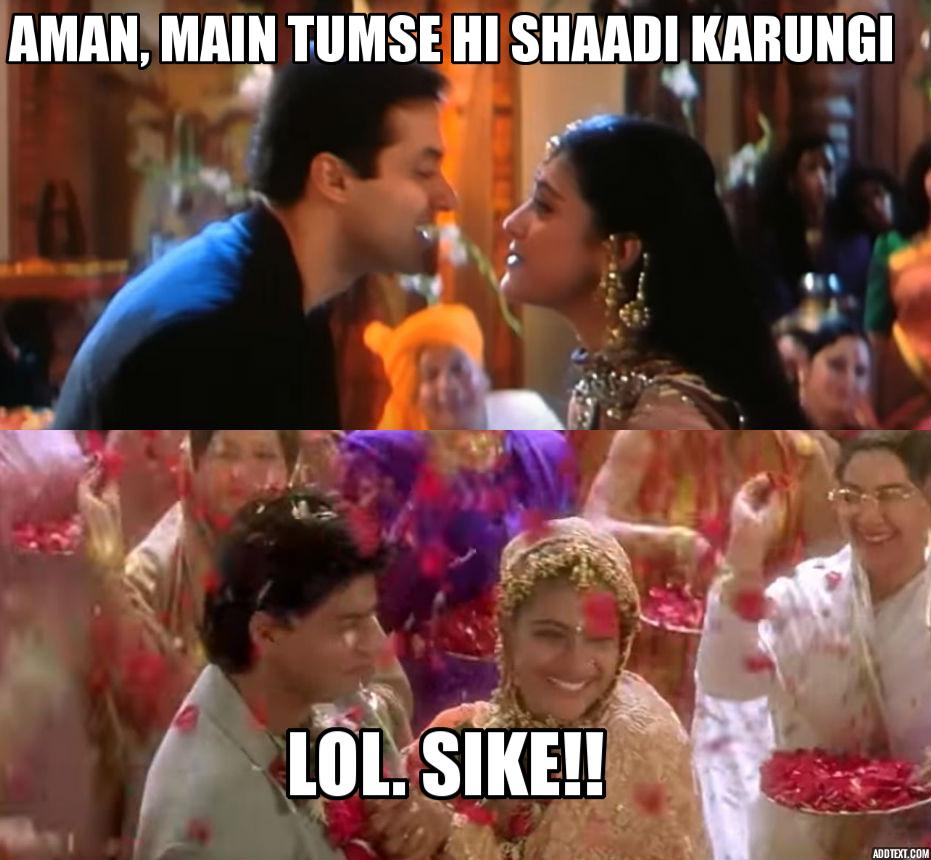 Why did we ever love this film?