The shopper put her hand into the fridge to get some yogurt and soon realized she had grabbed hold of a 12-feet long python instead. Not pleasant at all. Her screams caught the attention of manager Martie Esnouf who found the reptile sleeping where the shopper pointed her finger to. The African Rock Python was fast asleep in the chiller compartment of the fridge.

No, it did not get in there for a nap. A chiller is an unlikely choice for even a python when it comes to a spot to doze off. The snake-catcher who was called in later on said the python had basically gone into a near-hibernation state and all its organs shut down thanks to the temperature inside. The African Rock Python can grow up to 20-feet long and though it is not venomous, victims are crushed to dust in no time. 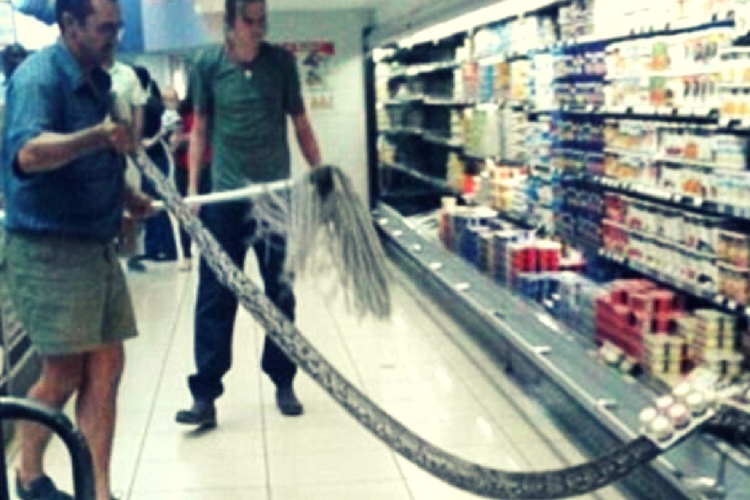 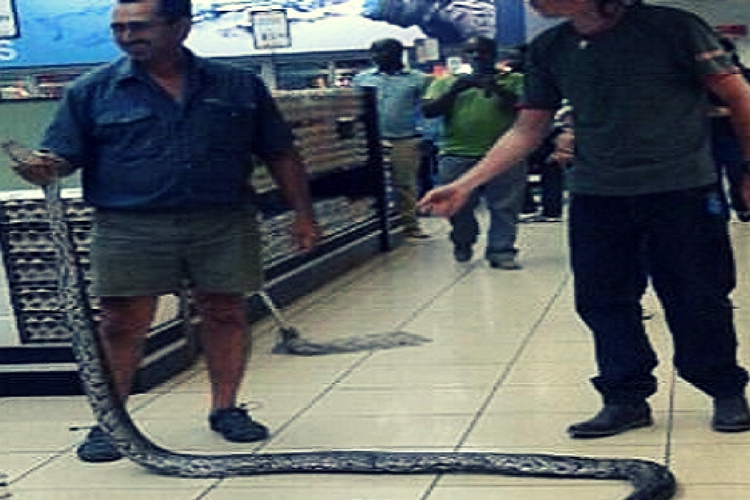 The snake was rescued and left out in the Kruger National Park so that it could warm back up to life again and will then be released in the wild. The manager told Daily Mail that while she is not sure of it but the python could have come in from the bushes behind the building. Well, either way it is safe to say that this shopping trip sure gave customers the kind of thrill they were not looking for, and a 12-feet long one at that!