A few years back, the idea of growing human organs inside an animal could have seemed like a science fiction story.

Researchers at Stanford University have announced that they have grown sheep embryos containing human cells, a significant development that paves way for growing human organs inside animals and offers the possibility of genetically tailoring the organs to be compatible with the person receiving them.

The team of scientists grew embryos containing one human cell for every 10,000 sheep cells, and kept the surrogate animal carrying them alive for three weeks.

The same team has already grown a rat pancreas inside a mouse. 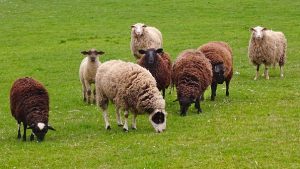 ‘We have already generated a mouse pancreas in rats and then transplanted those in to diabetic mouse and were able to show almost a complete cure,’ project lead Dr Hiro Nakuachi, a professor of genetics at Stanford, told the American Association for the Advancement of Science conference.

The team now plans to implant human stem cells into sheep embryos and hope that human DNA will be able to grow organs such as a pancreas.

“It could take five years or it could take 10 years but I think eventually we will be able to do this,” he added.

Transplanting organs from pig or sheep directly to humans has not been successful but researchers believe using human stem cells may be an alternative solution.

The research believe the latest breakthrough could breathe new life to the decades-old idea of xenotransplantation — growing organs such as hearts and kidneys in animals, particularly pigs, which would be harvested for human transplants.