On February 18, Dr G C Anupama became the first women to be elected the president of Astronomical Society of India (ASI). A senior professor from the Indian Institute of Astrophysics (IIA), Bengaluru, Anupama will take over the charge from the former Chairman of Hindustan Aeronautics Limited (HAL), R K Tyagi.

Anupama is the India group head of an international team of scientists that is building a 30-metre telescope in Hawaii, USA at a cost of $1 billion. She is also the in-charge of the Indian Astronomical Observatory at Hanle in Ladakh, that observes supernovae occurring in distant galaxies. It is one of the highest ground-based observatories in the world.

Anupama did her PhD from IIA and completed her post-doctoral work at the Inter-University Centre for Astronomy and Astrophysics (IUCAA), Pune. A recipient of Sir CV Raman award for young scientists in 2000, she went onto become the editor of the Journal of the Society and has been a faculty at IIA Bangalore since 1994. 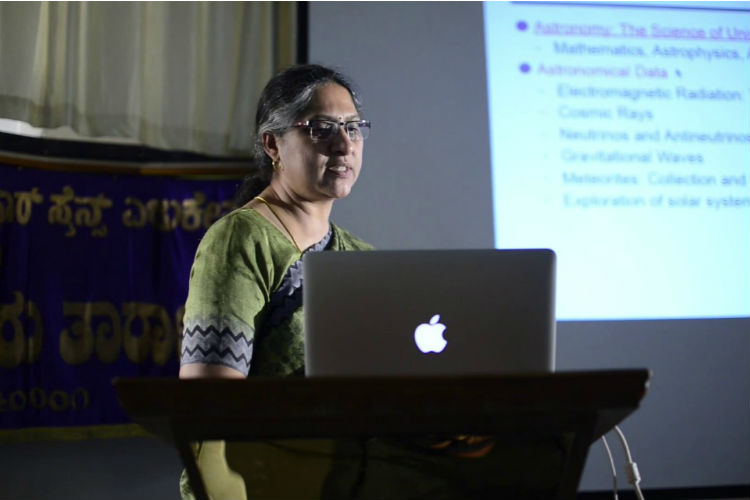 The number of women in the fields of Astronomy and Astrophysics in India is low. Only 8% of the Indian Space Research Organization’s (ISRO) scientific and technical staff make up of women, with no woman having headed it since it was founded in 1963. As per a report by the Department of Science & Technology, UNESCO, women make up only 14% of 2.8 lakh scientists, engineers and technologists employed in R&D institutions in India — against a global average of 28.4%. According to the report, even when women are enrolled in PhD and PG degrees in greater numbers, they fail to convert their degrees into careers due to family pressure and maternity. According to Anupama, even though the ratio of women to men is low among the staff at IIA, it was proportional when it came to students at the institutes.

Established in 1972, ASI is the prime association of professional astronomers in India. The society has close to 1000 members and promotes Astronomy and related branches of science in India. The society organizes scientific meetings to popularise Astronomy as well as sponsors a series of global awards, including the Prof. M. K. Vainu Bappu Gold Medal, to “honour exceptional contributions to Astronomy and Astrophysics”.