ISRO on Monday evening successfully launched communication satellite GSAT-19 using the heaviest rocket– Geosynchronous Satellite Launch Vehicle-Mark III (GSLV-Mk III) from Satish Dhawan Space Centre in Sriharikota in Andhra Pradesh. The GSLV-Mk III rocket, on its first developmental flight, slung the 3,136 kg communication satellite in a geosynchronous transfer orbit from where it would be taken up to its final geostationary orbit.

Precisely at 5:28 PM, the GSLV-Mk III rocket, on its maiden flight, began its ascent towards space from the second launch pad at the Satish Dhawan Space Centre (SDSC). Just over 16 minutes into its flight, the 43.43 meters tall, 640-tonne rocket, slung the GSAT-19 at its intended orbit at an altitude of 179 km.

“It is a historic day. both the GSLV Mk-III and the GSAT-19 launch have been successful. we are looking forward to its (GSAT-19) operations,” Indian Space Research Organisation Chairman A.S. Kiran Kumar said.

The GSAT-19, as per the Indian Space Research Organisation is a multi-beam satellite that carries Ka and Ku band forward and return link transponders and geostationary radiation spectrometer (GRASP) to monitor and study the nature of charged particles and the influence of space radiation on satellites and their electronic components. 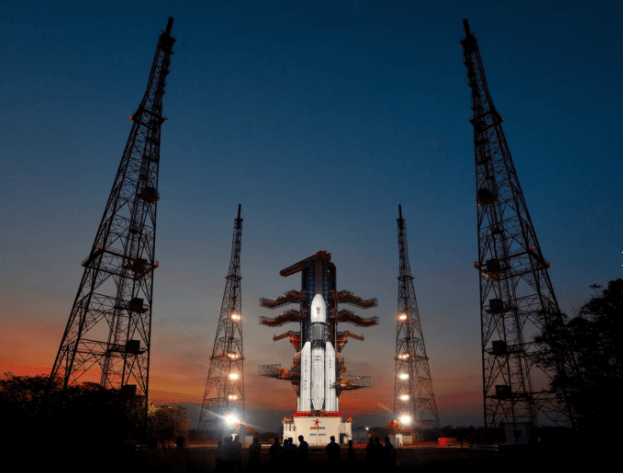 The GSLV-Mk III is a three stage/engine rocket. The core of the first stage is fired with solid fuel and its two motors by liquid fuel. The second is liquid fuel and the third is the cryogenic engine. “The rocket’s design carrying capacity is four tonnes. The payload will be gradually increased in future flights,” Vikram Sarabhai Space Centre Director K. Sivan had told IANS. 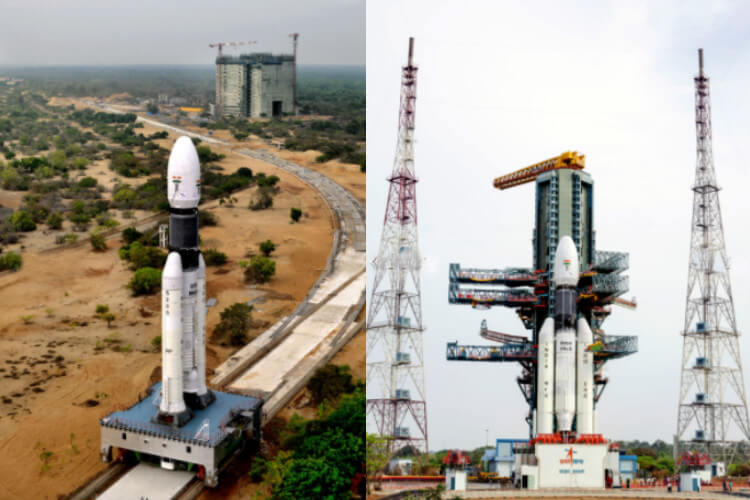 The Indian space agency had flown a similar rocket without the cryogenic engine but with 3.7-tonne payload in 2014 mainly to test its structural stability and aerodynamics. Liquid Propulsion Systems Centre Director S. Somanath told IANS that the inputs of the 2014 mission enabled the ISRO to reduce the rocket load by around 20 per cent.

Interestingly, GSLV-Mk III at around 43 metres is slightly shorter than Mk-II version that is around 49 metres tall. ISRO officials told IANS that due to the increase in the diameters of various stages, the height got reduced despite a drastic increase in the weight – from around 415-tonne of GSLV-Mk II to 640-tonne in GSLV-Mk III.

“The new rocket may be slightly short but has more punch power,” said an ISRO official.

Prime Minister Narendra Modi congratulated ISRO on its monumental feat. “Congratulations to the dedicated scientists of ISRO for the successful launch of GSLV – MKIII D1/GSAT-19 mission,” he wrote in a tweet.

Congratulations to the dedicated scientists of ISRO for the successful launch of GSLV – MKIII D1/GSAT-19 mission.

The GSLV – MKIII D1/GSAT-19 mission takes India closer to the next generation launch vehicle and satellite capability. The nation is proud!

India presently has two rockets — the Polar Satellite Launch Vehicle and GSLV-Mk II — with a lift-off mass of 415 tonnes and a carrying capacity of 2.5 tonnes. GSLV-Mk III, when its graduates from its development flight status to operational status, may look at flying heavier foreign satellites. The Indian space agency officials said the new rocket would save the country foreign exchange as it can launch the country’s communication satellites instead of going to a foreign space agency for launch services.

The GSAT-18 satellite launched in 2016 using Arianespace’s rocket weighed 3,404 kg which is well within the GSLV-Mk III’s capacity.