The Cassini-Huygens robotic spacecraft, which was launched in 1997, was named after the 18th-century astronomer Giovanni Cassini who had discovered four satellites of the ringed Saturn and first noted the division of the rings. The unmanned probe travelled more than a billion miles to enter the orbit around Saturn and carry out observations of the solar system’s least dense planet. The probe’s primary objectives were to study Saturn’s ring system, make flybys of its various satellites studying their composition and structure, study the dynamic behaviours of Saturn’s atmospheric clouds and explore the surface of the ringed planet’s largest moon, Titan. The space probe was constructed on a budget of $1.4 billion, with the total mission costing NASA and ESA in excess of $3.36 billion.

As the Cassini mission nears its end, let’s take a look at 5 of the most exciting discoveries that the space probe made on its 20-year long observation:

While on the way from Jupiter to Saturn, the Cassini space probe transmitted radio waves back to Earth that passed close to the Sun in an experiment to test Einstein’s general theory of relativity. According to the theory, a massive object like the Sun causes space-time to curve and would cause a beam of radio waves that pass by the Sun to travel farther. The data obtained by the radio scientists on Earth firmly supported Einstein’s theory.

The Cassini orbiter carried with itself the Huygens probe which was developed by the European Space Agency. The probe was designed to enter Titan, one of Saturn’s 53 moons, and study its atmosphere, topography and composition. As the probe descended through Titan’s atmosphere, it discovered liquid methane lakes and river channels draining into a methane sea. The topography of the planet was found to be similar to that of Earth’s with dunes, cryo-volcanoes, ridges and highlands on its surface. The Huygens probe landed on a dark patch of land which it found to be made up of ice grains and littered with rounded hydrocarbon-coated water ice, indicating that it was a dried riverbed. 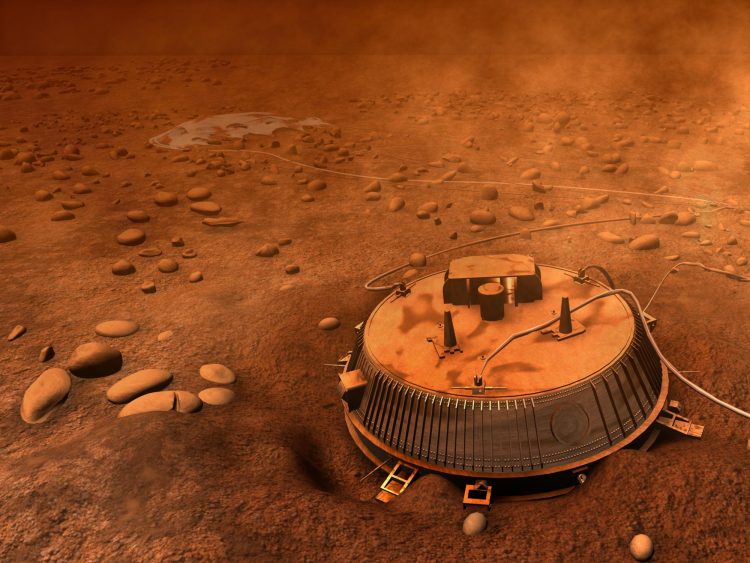 Enceladus is Saturn’s sixth-largest moon and is mostly covered by fresh water ice. Cassini discovered a thin atmosphere of ionized water vapour on the moon as well as observed water ice geysers erupting from its south pole. The orbiter flew through these plumes, detecting water, salt and organic compounds. By discovering silicates in the plumes, it was deduced that Enceladus was alive with tectonic activity. Cassini also discovered the wobble of the moon’s crust, suggesting that there is a global water ocean underneath its icy crust. 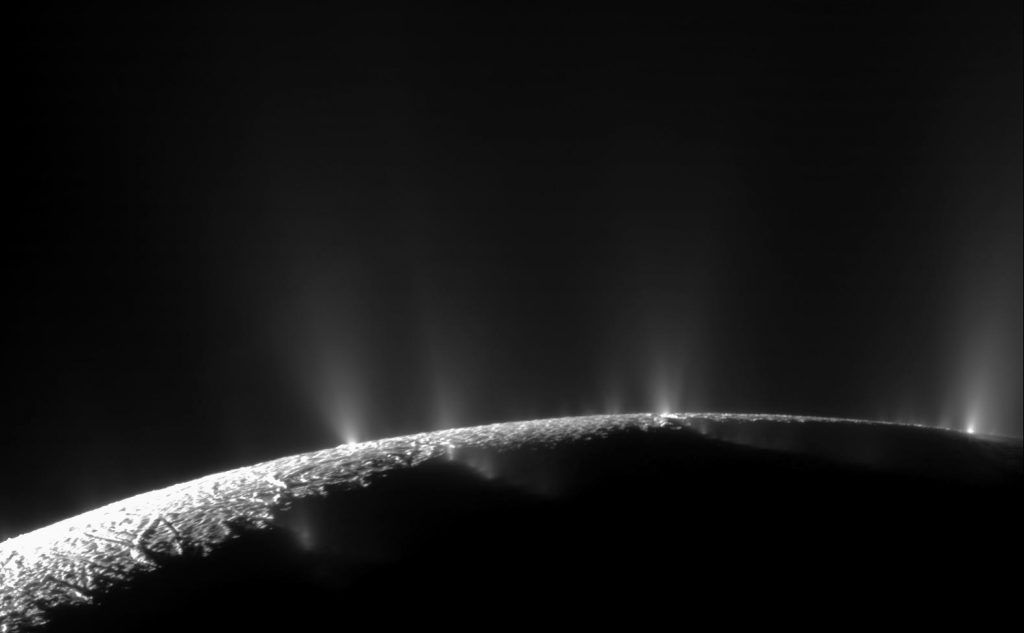 In November 2006, scientists discovered a storm raging at Saturn’s south pole that was characteristic to the hurricanes on Earth. The storm is stationary with winds blowing at 560 kilometres per hour. The storm at the planet’s southern pole was quite different than that up north. Cassini discovered that the northern vortex, which is in the shape of a hexagon, thought to be formed due to a difference in speed of turbulent winds, changed colours according to seasons. 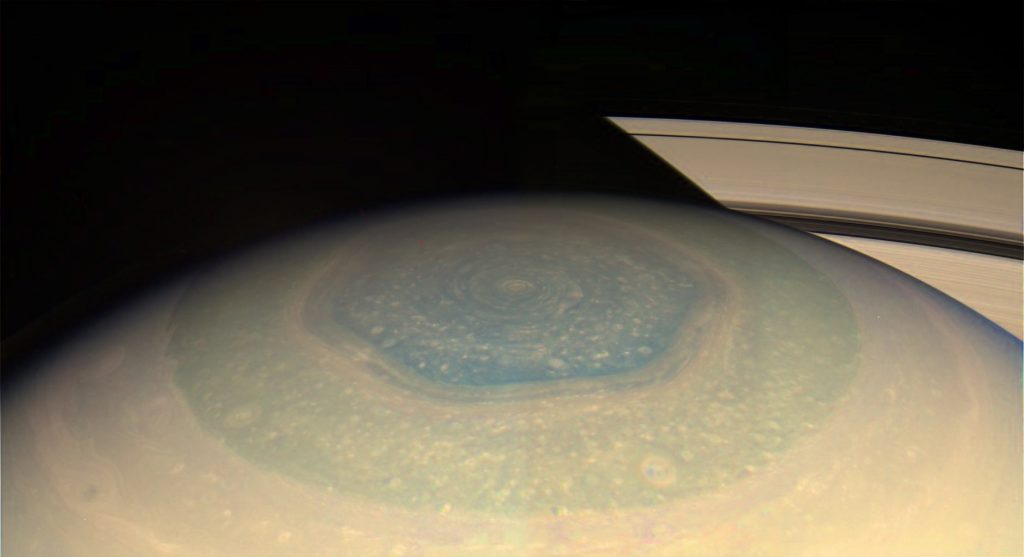 Cassini discovered multiple rings that were previously not observed, including the E ring which the probe found out formed as a result of the water plumes erupting from Enceladus. The probe also measured the size-distribution of particles in the rings system, which were found to have spokes and consisted mostly of ice ranging in size from little cubes to mountains. 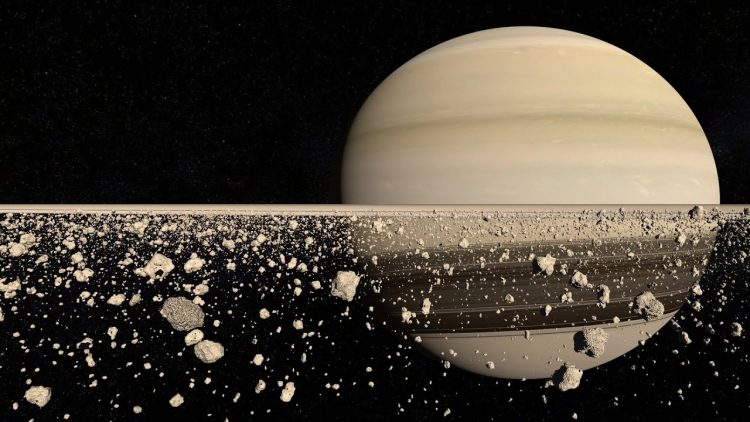 Since April 2017, Cassini performed a series of manoeuvres so as to pass through the gap between Saturn’s cloud tops and its inner rings. The orbiter was programmed to crash into Saturn to ensure the protection of its potentially habitable moons and avoid biological contamination, keeping them pristine for future exploratory missions. Today on September 15, around 6:30 PM IST, Cassini will enter Saturn’s atmosphere, with its high-gain antenna pointed towards Earth in a bid to relay one last time the final observations before burning up and ending over 13 years of observation of the most beautiful planet in the solar system.

Giovanni Cassini had become blind a year before he passed away in 1712. The space probe of his namesake, on the other hand, before it goes out, will send a final echo which will radiate across the solar system for hours and the signals will travel through the cosmos for eternity.