In a scientific breakthrough, researchers at Tel Aviv University in Israel managed to successfully develop the first-ever 3D-printed heart using human tissue. Though scientists have previously been able to print heart tissues and valves, this is the first time they’ve produced an entire heart, complete with cells, blood vessels, ventricles and chambers.

Professor Tal Dvir of Tel Aviv University’s School of Molecular Cell Biology and Biotechnology, who led the research for the study, said in a statement, “This is the first time anyone anywhere has successfully engineered and printed an entire heart replete with cells, blood vessels, ventricles and chambers.”

According to the findings published in Advanced Science, scientists had to biopsy fatty tissues taken from patients to achieve the feat. The cellular material from the tissues was used as the bionic ink for the printer. 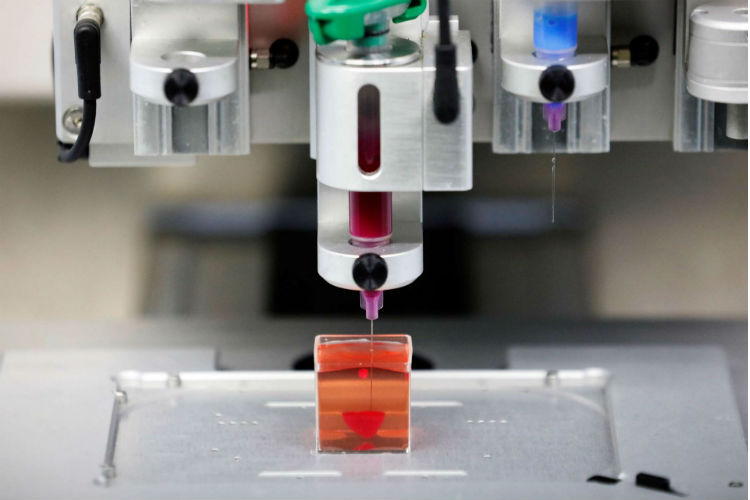 However, the 3D-printed heart is much smaller than the size of an actual human heart. Prof Dvir said, “At this stage, our 3D heart is small, the size of a rabbit’s heart. But larger human hearts require the same technology.”

At present, the printed heart can only contract. However, the researchers plan on culturing the 3D printed hearts so that they can operate like real hearts. The aim of the research is to create functioning organs for transplants.

“The cells need to form a pumping ability; they can currently contract, but we need them to work together. Maybe, in ten years, there will be organ printers in the finest hospitals around the world, and these procedures will be conducted routinely.” (WHO SAID THIS? SAME GUY? ADD)

The researchers will now attempt to transplant it into animals. Here’s how people reacted to the development on social media:

This is a good news!

The Heart really does want to live in the present.Hopefully this can be a chance to save lives, even for the patients who could be an inch away from staring death in the eyes.

I hope that lungs will be on the agenda.

That is cool! Maybe this is a first step to something huge.

If this leads to the manufacture of replacement organs that could be VERY interesting.