You think Dan Humpfrey being the ‘gossip girl’ on Gossip Girl was a gigantic bummer? Then you, my friend, should pay closer attention to the lovely serials we have back home. Indian TV serials are a class apart from the hackneyed run-of-the-mill dramas churned out abroad. They are popular not just for their absolutely amazing storylines but also for the impeccable and realistic logic displayed with alarming consistency. One way or the other, entertainment is assured and isn’t that the end game?

The TRP (Television Rating Points) war makes it so difficult for the makers of these intelligent shows to keep their audience engaged that sometimes, it becomes essential for them to experiment. But the sort of creativity that Indian TV shows have religiously maintained for the past few years – which includes human beings transforming into animals, dead coming back to life after plastic surgeries, a gorilla falling in love with a the female protagonist to another female lead turning into a housefly – is commendable.

Of late, the competition has become so intense that the TV producers thought producing shows like Pehredaar Piya Ki are NBD! Why must you cringe if a 9-year-old boy is getting married to an 18/19 year old? It’s just a show that encourages child marriage, stalking et al. It means nothing, ya! Apart from turning out to be a cash rich venture for the producers, of course.

But for years now, many of us have not been able to appreciate the gems that these TV shows are, only because our comprehension abilities are just not ‘up-to-that-mark’.

Here are seven of the most amazing plotlines that showed up on screen just in time to save us from being bored to death by ‘normal people’. Scenes so bizarre that our grey cells might have just killed themselves after watching these:

1. Suhaag raat and honeymoon trip of a 9-year-old and 19-year-old: Pehredaar Piya Ki

Pehredaar Piya Ki has to top this list. So much has already been written about this show that we need not say more. Even more bizarre was the fact that at one point, the makers of the show compared it Balika Vadhu (the show which opposed child marriage). Can we say irony? 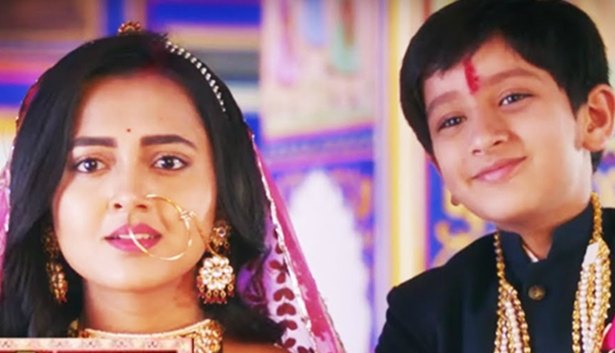 Produced by none other than Ekta Kapoor, although the show had a short run on television with a set number of episodes (thank god for that), the storyline of the show was as absurd as it could get. If you get the gist from the name, let us enlighten you that the show was about a demon (rakshas) called Brahmarakshas and at a later stage, the male protagonist turns into a saviour taking an avatar of Narsimha (the half lion-half man God of the Hindu pantheon) to save a village from the demon’s clutches. *Facepalm*.

The show was supernatural drama series with no logic whatsoever, but more than anything else, it was a comedy. 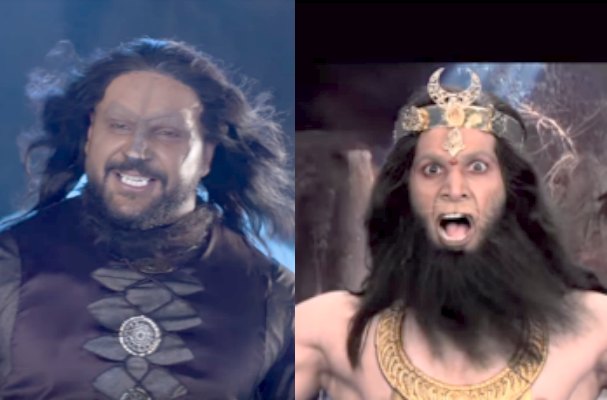 As if icchadhari naag and naagin were not enough, the makers of the show Naagin introduced a complimentary icchadhari nevla (mongoose) and that actually boosted show’s TRPs. The show became so popular that as a result its now got a second season which is a hit already. 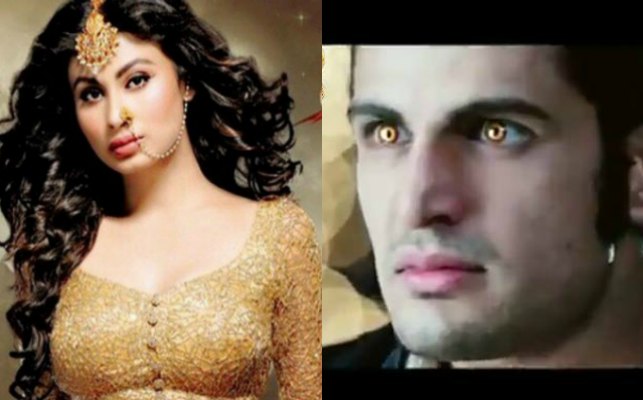 4. A gorilla falling in love with a woman: Thapki Pyaar Ki

Yeah. That is just so normal and relatable. Don’t gorillas fall in love with human beings all the time? And, if you were afraid of the society and not able to speak up till now, this brilliant show called Thapki Pyaar Ki opened the doors for all of you who are in love with a gorilla. Path-breaking script. Isn’t it? If only Harambe was in India, he would still be live (and married). 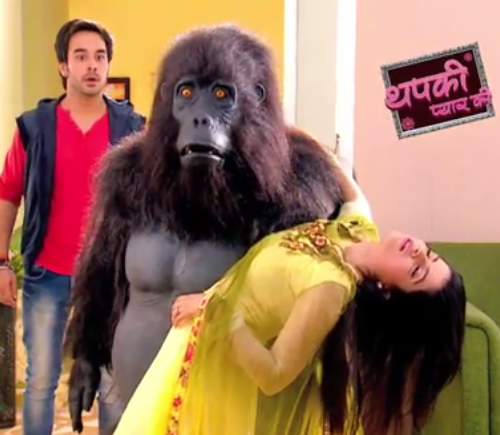 Since we live in the 17th century, it’s kosher to expect kaali shaktis, naagins and brahmarakshas, no? In Kawach, a married woman gets possessed by a spirit who wants to kill her husband. And obviously, if you want to kill a man, you must possess his wife. Possessing him directly would be so illogical. BUT WAIT. What am I saying? Human possession by a spirit? Tauba tauba. 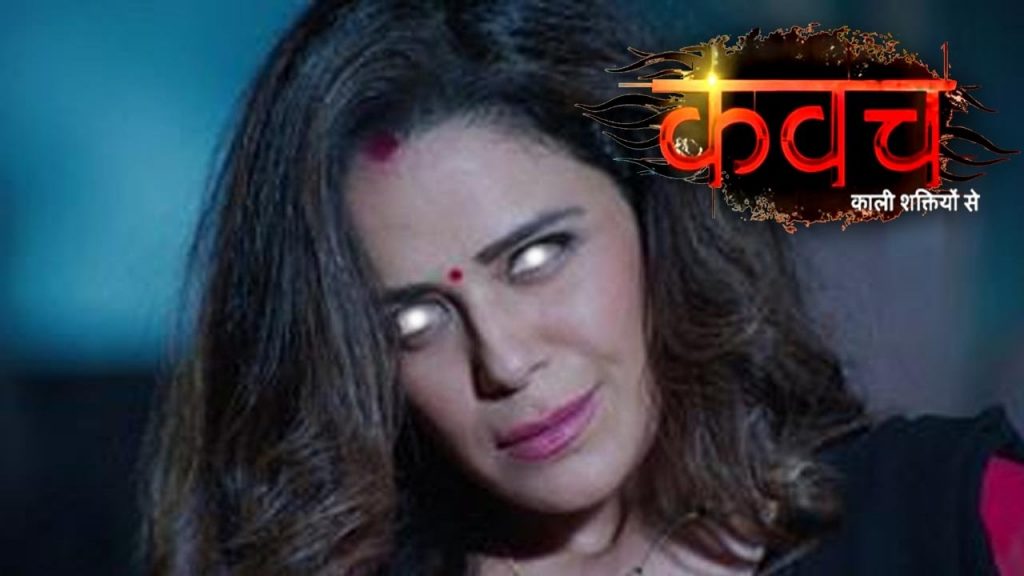 This show was in the news some time back when the female protagonist, Simar, changed her avatar to become a housefly. From housewife to housefly, isn’t that an amazing transformation. This wasn’t enough for the makers of the show though and they went on to a brand new idea of introducing black magic in the show but Simar getting possessed by the evil spirit of ‘Patali devi’. Just wow! If that wasn’t enough, Simar’s grandmother-in-law / Mataji gets possessed. Overdose of spirit-possession, we’d say. 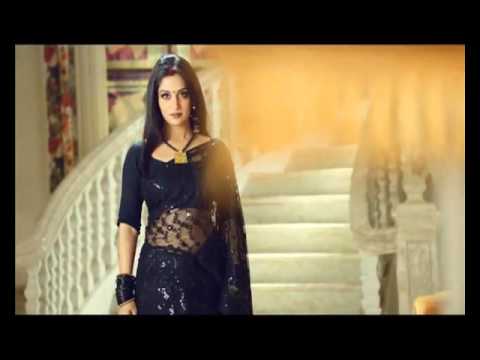 No one can forget this one, with the female lead of a much-popular show, Saath Nibhana Sathiya washing her husband’s laptop with washing powder and even hanging it out on a clothesline to dry. Yeah, because, apparently, women are that dumb and their lack of knowledge should be a plotline.

Let us know what bizarre things have you watched on Indian TV shows in the comments section below.