Abhishek Dubey recently became first person from Udhampur to become a contestant on the latest season of Roadies. His aim to was go to on MTV Roadies and get some positive publicity for Kashmir. During his audition, he spoke about Kashmir and appealed to all youngsters to ‘channelise their energy in positive direction, and not indulge in negative things like drugs and alcohol’. He also spoke about how it had been his dream to be on the show ever since he was a kid. Pretty sure we can all relate to that one, right?

Recently, Balwant Singh Mankotia, former MLA felicitated Abhishek for representing the Jammu and Kashmir province and specially Ramnagar, Udhampur on national level through a reality show and doing so well: 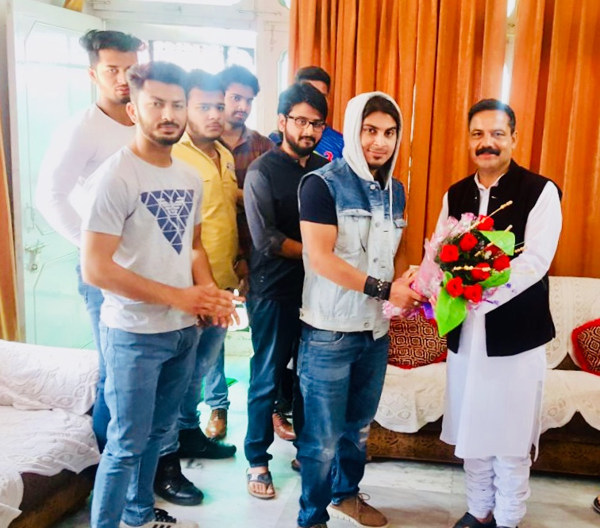 Not only did the boy absolutely kill it at the auditions, the song he performed during the auditions was loved by thousands of fans. If you haven’t heard it yet, you need to check it out right now:

Thanks for making Kashmir proud, Abhishek. We’re all rooting for you!