The host Jimmy Fallon invited Lilly to play a little game he calls the ‘Jinx Challenge’. In the game, both the participants wear one glove each which is sewn together. Fallon, who has played this game with Nicole Kidman before, picked the categories on which, Lilly and he had to simultaneously name something in that category at the count of three. Fun, ain’t it? 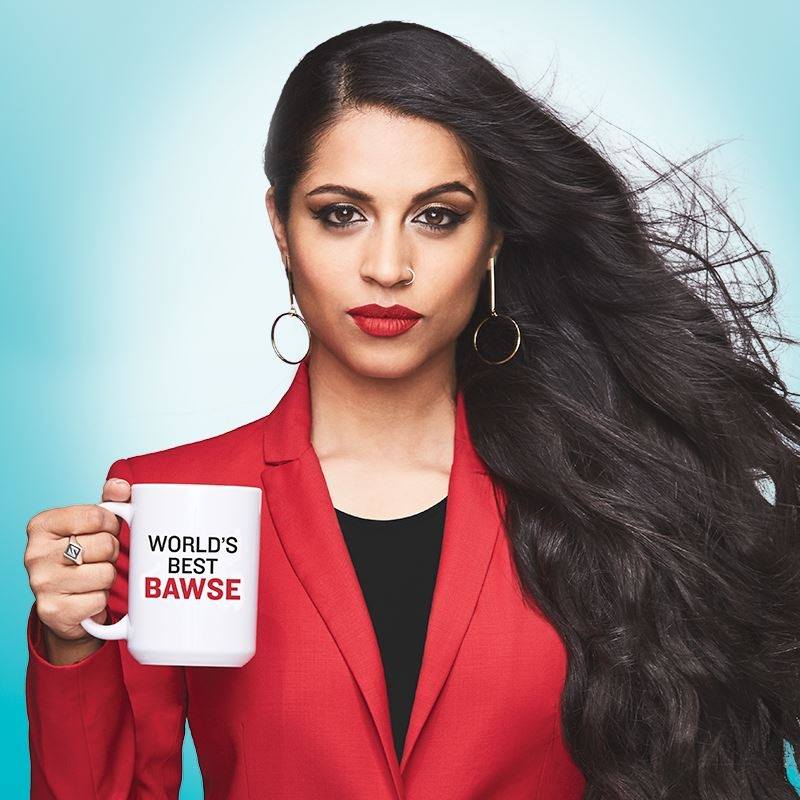 The first category was ‘Planets’ for which, they both called out, “JUPITER!” Nearly every other round was a miss. Lilly was especially dissatisfied with the fact that for ‘Superheroes’, Fallon chose to go with Wonder Woman and not Superwoman.

The last round ‘Fishes’, the two decided to go with Salmon.

Regardless or their lack of jinxes, they were still relatively awesome (or one could say, BAWSE) with four hits, a new record. BTW, in case you don’t know what “bawse” means, allow Lilly Singh to spell it out for you…

.@iisuperwomanii explains what it means to be a “bawse” #FallonTonight #LillyOnFallon pic.twitter.com/uQnWyOvXKJ

Lilly had made an appearance on the show to promote her book ‘How to be a Bawse: A Guide to Conquering Life’. Earlier, she had also released her iconic red lip shade in collaboration with Smashbox which was also titled ‘Bawse’.