Kerala is all set to host the first legal transgender wedding in India. Surya and Ishan, members of the Transgender Justice Board, are getting married under the special marriages act on May 10 in Thiruvanathapuram, creating history as they do so.

Both Ishan and Surya have had to face intense ridicule and insults from the conservative society in Kerala but the two persevered in their activism and fight for the transgender community. While their journey has been full of struggles, today both of them well-known faces on television debates. 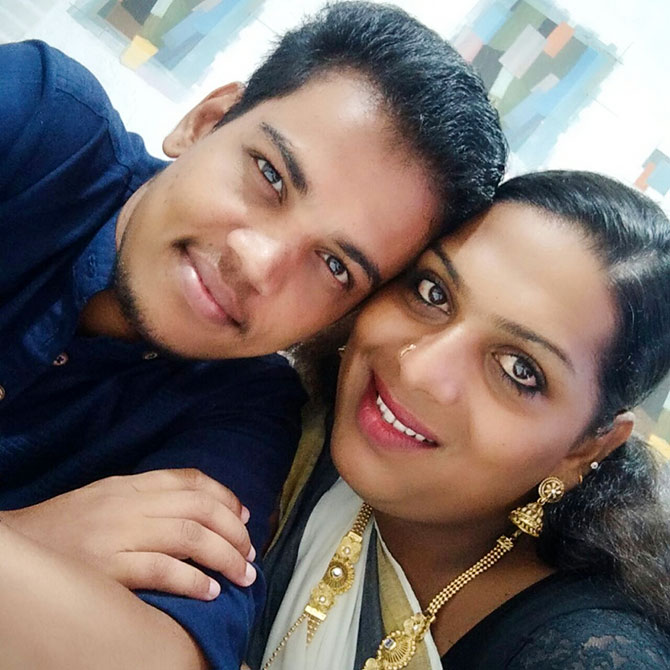 In an interview with Rediff, Surya talked about her childhood:

The Kerala I grew up as a child was very different from the Kerala of today; 20, 25 years back, nobody talked about transgenders openly, nobody knew who they were. Society made fun of those they could not comprehend. It was only recently, around less than five years ago, that people started hearing the term transgender. Like every other transgender person, my childhood also was also extremely traumatic and difficult.

But she overcame these hurdles and became a mimicry artist in Kerala. After doing a few TV shows, she became a household name and a well-known trans activist. Today, she is a member of the Kerala Transgender Justice Board and a transgender resource person for the state.

Surya and Ishan met quite often during community gatherings of the Transgender Justice Board, and it was here that they they fell in love and dated for six years before Ishan proposed.  Here’s a glimpse of their wedding card- 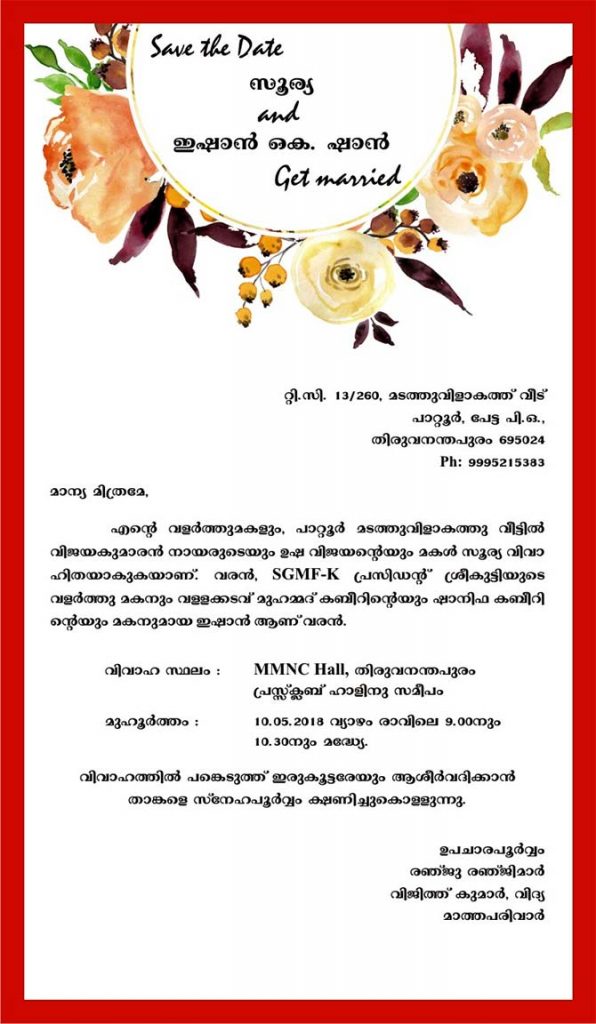 Hearty congratulations to the couple!