When 2017 ended, we had a chance to hit the reset button. To turn over a new leaf. We could’ve started with some amazing things, ya know. Instead we chose to eat detergent and make suicide jokes.

As a society, we haven’t really progressed at all. Not just India (with its Padmaavats and Karni Senas) but the rest of the world isn’t doing that great either. Here are 5 things that prove we’ve already screwed 2018 up:

Literally the first person to screw up 2018, Vlogger Logan Paul, who is famous for being irritating AF, shot a video of him and his crew stumbling upon a dead body in Japan’s Aokigahara forest. The place, also known as suicide forest, is well known for being frequented by those struggling with mental health. Logan filmed a dead body for views, resulting in incessant backlash. 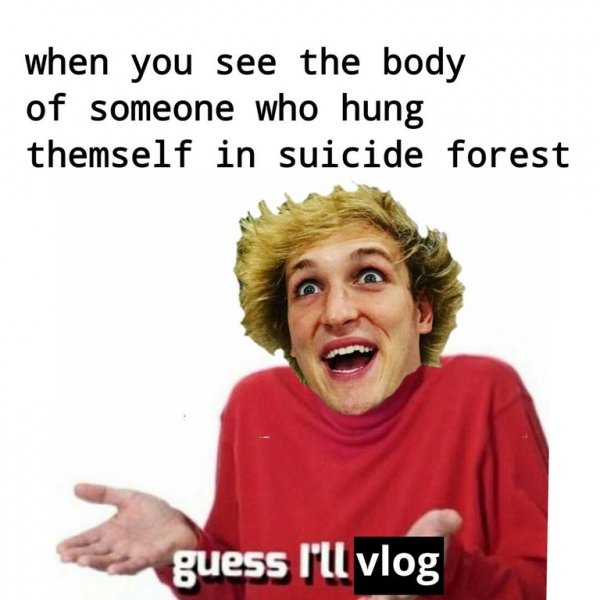 We hate to say this but we sometimes feel America deserves Trump. With youngsters popping Tide Pod detergents like it’s candy, we don’t even know what to expect from America anymore. God bless ‘Murica!

The Chinese seem to have caught up with the #DontJudgeMe challenge which is essentially narcissism x 100. They throw a towel over themselves to transform their look with makeup completely, which accomplishes… we’re not sure what.

The viral video of a man smiling and getting hit by a train is not just a meme in India, but it has caught up with international meme pages too. What a lovely way to kick start 2018, ain’t it?

Everyone wants to die?

What started as a stupid meme in 2017 is now a full blown epidemic with every millennial posting ‘omg I wanna die’ on the internet. Suicide and depression memes are popular because they incorporate the idea of the loss of faith in humanity. Wow. Can we not?