Ever wondered if a selfie can make you famous? Well, one might not do it but, 122 might. American band New Kids on The Block singer Donnie Wahlberg has set a new world record for taking the most selfies in three minutes. I’m not even joking, it’s a thing.

Wahlberg, broke the last record set by Aruba, a Singapore-based digital enterprise company, that clicked 119 selfies last month. Outdoing Aruba, Wahlberg clicked 122 selfies within three minutes. That’s around 40 selfies a minute. Allow me to break it further down, Wahlberg managed to click one selfie every 1.47 seconds. Whoah! And no, he did not just hold the camera button down to do it. Each selfie was taken with a different person. 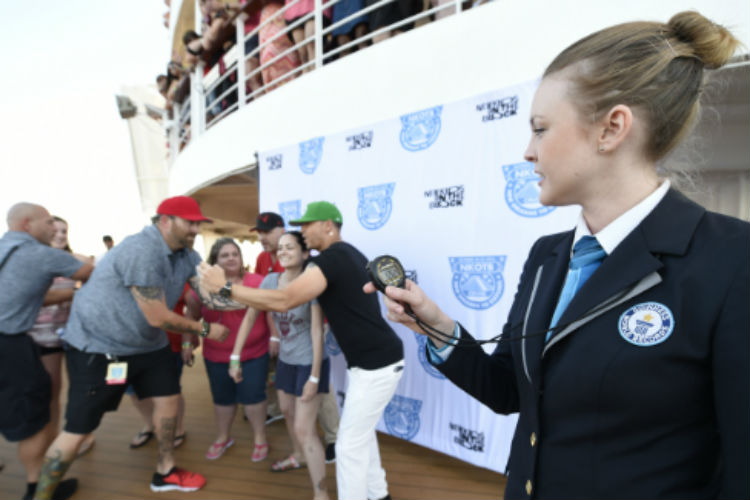 The record was made while the band was on a cruise in Mexico. All the people with whom Wahlberg took a selfie were guests on the cruise. Even last year, he had attempted to set a record in the same genre on another cruise the band was one but, he failed that time. Sarah Casson, the Guinness World Records Adjudicator witnessed the remarkable feat and then presented Wahlberg with an official certificate.