Whatever happened to ‘Girl Power’ and ‘Women supporting women’?

Principal NL Beena from Ernakulam Maharajas college, Kerala has been on the receiving end of flak recently for her controversial comment “Girl students come to college to cosy up with boys”.

There have also been alleged complaints that the principal doesn’t allow male and females students to sit together. She has been also accused of sending derogatory messages about teachers to other teachers and has gone as far as photographing male and female teachers talking together. 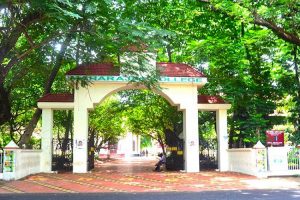 The principal was in the news last year after five students were arrested from the college for covering the walls with graffiti which had abusive words. They were arrested due to a complaint filed by her and then she went on to post the pictures of the graffiti on her Facebook page. Their arrest had caused uproar and ruckus in the college and student protested against the same.

The All-Kerala Government College Teachers’ Association (AKGCTA) has called her immature for her actions and has come down on her for passing such lewd remarks. In an official statement, AKGCTA said “Such a comment from a principal in the college is unprecedented in the history of the institution.” They also forewarned that such institutional heads may cause problems with student unions and lead to a decline in the enthusiasm of the students.