Two things we never expected to see together: Deadpool and Céline Dion. Turns out, we were wrong. So wrong.

Céline’s new song Ashes is set to feature in the upcoming Deadpool 2 soundtrack. Fans were recently treated to a newly-released video for the single featuring the badass red leather-clad superhero dancing to Céline’s tunes.

The quintessential Deadpool magic begins after her performance when Deadpool tells her she’s too good for the film and needs to perform the song again but worse. “That was amazing. That was the most beautiful performance I’ve ever seen in my life. This is Deadpool 2, not Titanic. You’re at like an 11, we need to get you down to a five, five-and-a-half tops. Just phone it in.” says the sassy superhero.

Dion responds to this like the actual Goddamn diva she is “Listen, this thing only goes to 11. So beat it, Spiderman.” “God, I should have asked NSYNC,” says Deadpool before the video ends. Okay, we’re dying here. Justin Timberlake, your move now. 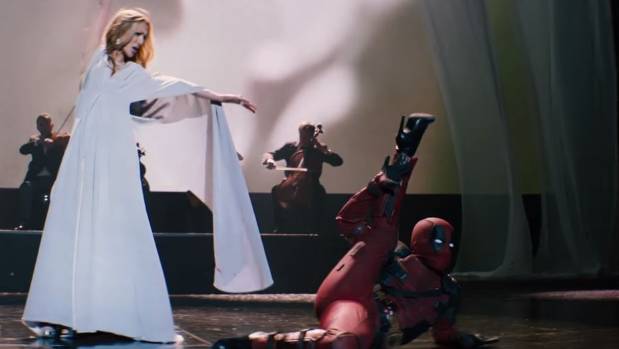 And all everyone really wants to know: Was it really Ryan Reynolds who did the dance or someone else in Deadpool’s costume? In the damn high heels? Sadly, no. It was ace choreographer Yanis Marshall-

Now we really really can’t wait for the movie.