“Why didn’t she say anything sooner?”

The highlight of 2017 has to be the fact that the #MeToo campaign enabled women finally start talking about their own experiences with sexual assault. However, that isn’t the only thing to come out of the woodworks. The trolls who shame women for sharing their experiences, did too.

Recently, Bond girl Rachel Grant accused actor Steven Seagal of sexual misconduct and many on the internet blatantly labelled it #FakeNews. Totally glossing over the fact that discussing how they were violated in detail and in public can be a heartbreaking experience for women.

Comments on the BBC’s coverage of Rachel Grant’s allegations are largely that of utter disbelief, of disdain and of gaslighting:

Comments on the BBC’s coverage of Rachel Grant’s accusations

Actresses like Angelina Jolie and Gwyneth Paltrow— who both disclosed they’ve been sexually harassed by Harvey Weinstein— have also been through typical victim-blaming comments. “Why did she not speak up?” “She’s doing this because she isn’t relevant now” or “She’s just tryna grab the limelight!”

Here’s another important detail from the #MeToo fiasco- actor Brad Pitt, who was  romantically involved with both Gwenyth and Angelina at some point, reportedly knew about Weinstein’s behavior,  yet he worked with Weinstein  post the horrific encounters. The fact that no one questioned him, no one batted an eyelid, speaks volumes about how we deal with victims of sexual assault, particularly when they’re women. 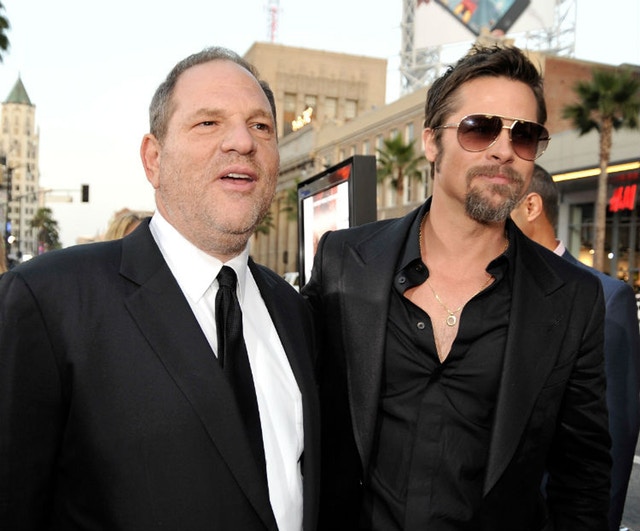 Dear readers, please understand that we need to stop asking “Why didn’t she say anything when it happened?” and instead ask “Why aren’t we taking more initiatives to support sexual abuse survivors?”