From stone-pelting to ceasefire violations along the border, the picturesque land of Kashmir has been at the centre of a firestorm. But it was sports that brought the much-needed glory and joy for the Kashmiris in 2017. In this article, we highlight the achievements of 4 Kashmiri sportspersons who had to overcome a lot of factors before attaining glory. Take a look:

They called her a stone pelter but she has overcome that tag to become the captain-cum-goalkeeper of the state Women’s Football Team. The 23-year-old has become the poster girl of the Kashmiri uprising among the youth. Once she was made the captain, a photo of her pelting stones went viral. She was portrayed as a disoriented girl but that is far from the reality. Today, no story rings as true of the nationalist narrative as the one being told about Ashiq. She told InUth,

I am sure the tag of stone pelter will go away from me someday. I want to be known as Kashmir’s HOPE SOLO (Famous American Goalkeeper). Not only in Kashmir but anywhere around the world if a policeman misbehaves with you or uses filthy words about your mother and sister and you still silently tolerate it. Despite that, the cops slapped one of my students, I told the cops,’Is this the way to behave with a woman?’

In case you’re thinking, no, she is not related to Kashmiri all-rounder Pervez Rasool. The 17-year-old cricketer relocated to West Bengal after encountering limited opportunities that stood in the way of her ambitions. She has represented Jammu & Kashmir at the U-19 and U-23 level. She certainly is one of the rising stars of Kashmir cricket. “I want to play for India and that’s why when Aditya School of Sports contacted me I lapped up the opportunity,” Iqra told IANS.

At a time when only certain kinds of negative news were coming out from Kashmir, a young Kashmiri girl won bronze at the International Wushu Tournament which was held in Armenia. The Indian team won a total of 16 medals in the tournament. Six medals were won by Kashmiris. Wushu, for those who are in the oblivion of the sport, it is a martial art and a full-contact sport.

The Indian contingent lapped up 16 medals at the Wushu International Tournament and at the centre of it all was the coach of the team. A former champion at the event as well. It is youth icons like him who are the big necessity for the state of Jammu and Kashmir. 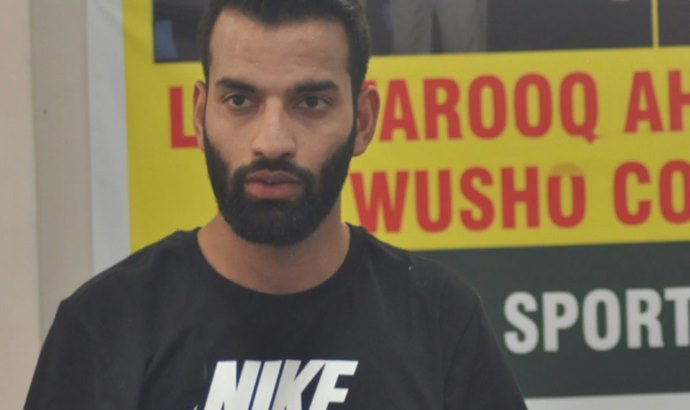 Kashmir needs more of such faces who can act as youth icons sports not only brings peace and harmony but can also act as a medium to bridge differences.