Batting star Virat Kohli is just 28 year old. But, his achievements are many. For example, Virat Kohli has struck 26 centuries so far. He has played only 176 ODI matches and has scored a staggering 7570 runs. He is the fastest to do so. He is currently India’s Test captain and will become the ODI captain in the future. When did it all begin?

The day was 24 December 2009. India were playing fourth ODI against Sri Lanka in Eden Gardens. With the help of Tharanga’s ton and a fifty by Sangakarra, Sri Lanka had given India a tough target of 316 runs. India had learnt to chase by then. But, still it was not an easy target to achieve. 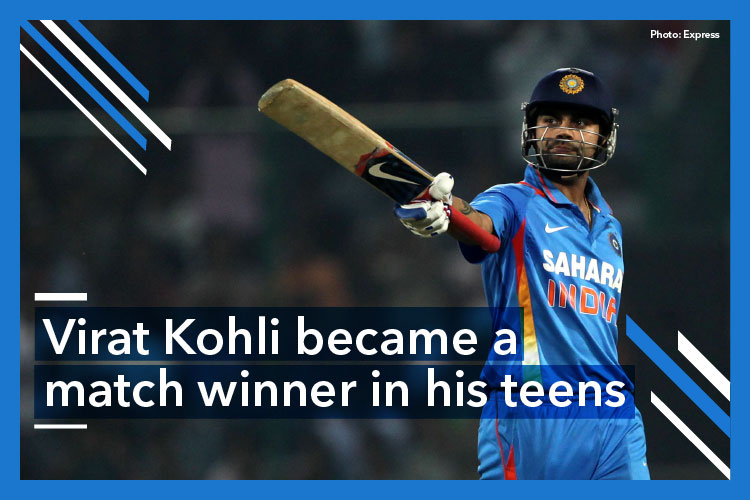 When India come out to play, it was expected of Sachin Tendulkar and Virender Sehwag to give India a quick start. However, Sri Lankan pacer Lakmal had different ideas. He got both the openers out. Sehwag could only score 10 runs, whereas Sachin Tendulkar got out at 8. India were in a dire situation.

On the crease were Gautam Gambhir and inexperienced Virat Kohli. That day, Kohli played like he had been an experienced player and had been in similar situation several times in the past. He played his shots carefully. He rotated strike and found the gaps. He showed his nerves. He built a partnership with his senior partner Gautam Gambhir and took the team close to win. He scored the first century of his career in that match. He got out at 107. Later, Gambhir finished the match comfortably. He scored 150 not-out. But then a beautiful thing happened. 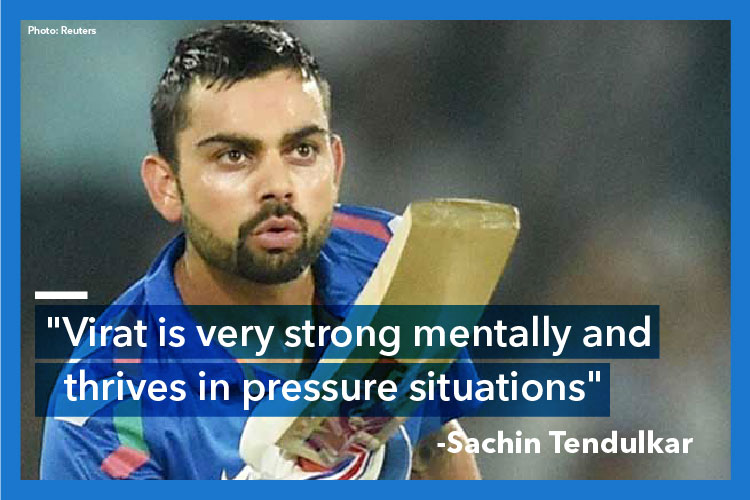 Gautam Gambhir was adjudged the man of the match award for his performance. When he was called for the prize, he shared it with Virat Kohli. He said he deserved the award for handling the pressure the way he did. And the rest is history.