Fighting is frowned upon by most more often than not. But inside the rings, it is always considered as an art, and only few can deny that. Over the years fighting has become a sport, be it UFC or WWE, its popularity has eclipsed anybody to everybody’s imagination. Few battles turn into clashes which are always predictable, while some fights are neck-to-neck encounters, then there are also others that are simply off the charts. The story of the fight between an MMA athlete and a SUMO wrestler is definitely going to shock you. 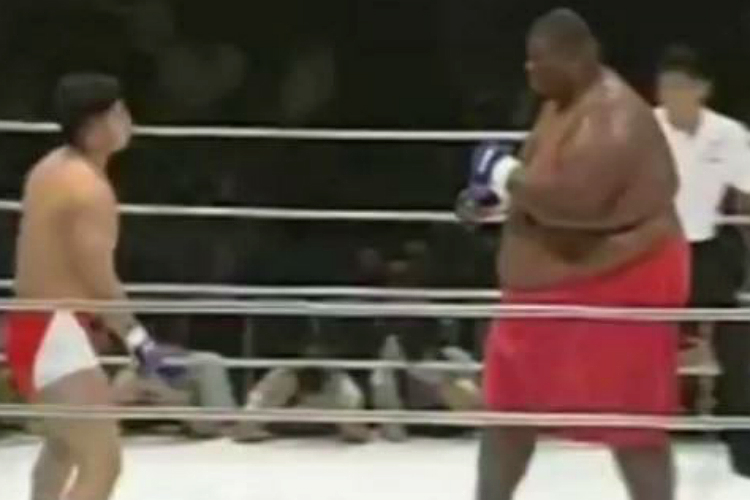 The fight between an MMA athlete and a SUMO wrestler is unique AF! (Photo: YouTube)

The fight between a Japanese MMA athlete named Daiju Takase and an American SUMO wrestler named Emmanuel Yarborough has taken the internet by storm over the years. The standout factor was not that it was a battle between MMA and SUMO, the problem was simple, the weight of the fighters had a significant difference. While Daiju Takase weighed 169 lbs, his opponent weighed 600 lbs. Imagine taking on someone three times your size, it is somewhat mind boggling. Fighting passion, speed, and strength, grit, determination, these don’t count much when you decide to clash against a SUMO giant. But keeping those facts aside, if you happen to be an MMA pro, then the odds are suddenly not so stacked up against you, there’s that chance of making the impossible, possible. 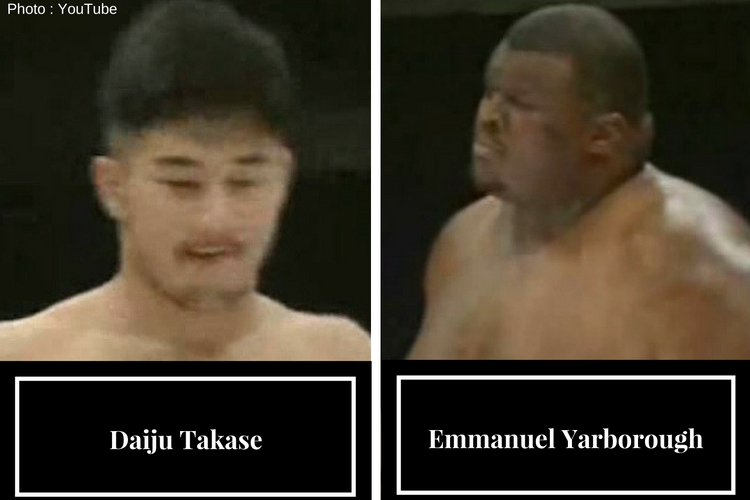 Daiju Takase and Emmanuel Yarbrough are fearless fighters who are not scared of anything, and that gives them the chance to do everything. (Photo: YouTube/Canva)

The bout started with Takase dodging Yarbrough, by initially running around the ring, trying to catch the SUMO wrestler off-guard. The MMA had no chance if he decided to take him up-front, so he tried to waste some time, trying to tire his opponent while looking for an opportunity to strike the giant down. While both of them made contact more than once, it was the fighting passion that deterred either of them trying to give up. The moment of the fight came when Yarbrough cornered Takase, leaving him no room to roam freely, eventually Yarbrough caught Takase and managed to force his weight on him. But Takase continued to attack the giant at vital points, his neck and knee technique made Yarbrough unconscious for a split-second, which prompted the referee to stop the fight. Takase ousted Yarbrough, and it was certainly a fight to remember.