A funny video has emerged online and has been going viral. It happened in the United States. A cross-country runner was running in a race. The deer were having race of their own. One of the deer found a human as obstacle. It wanted to jump over him. But the unlucky human was given the beating of his life. The rampaging deer rammed into the human, throwing him mid-air. He landed a few metres from the place of the accident.

The victim was Gwynedd Mercy University student Justin DeLuzio in Pennsylvania. The man was competing in 8 kilometers cross-country race when the entire running party was intervened by a herd of running deer. It seemed that even the deer were having a cross-country race of their own as they were running swiftly. One of the deer rammed into the student . It seemed that he might have sustained injuries. But the student proved that he was down but out. He sprang up on his feet a few moments after the incident and completed the race. He just had a few bruises.
Interestingly, viewers anticipated the impending onslaught but the racers were unmindful of their personal safety. 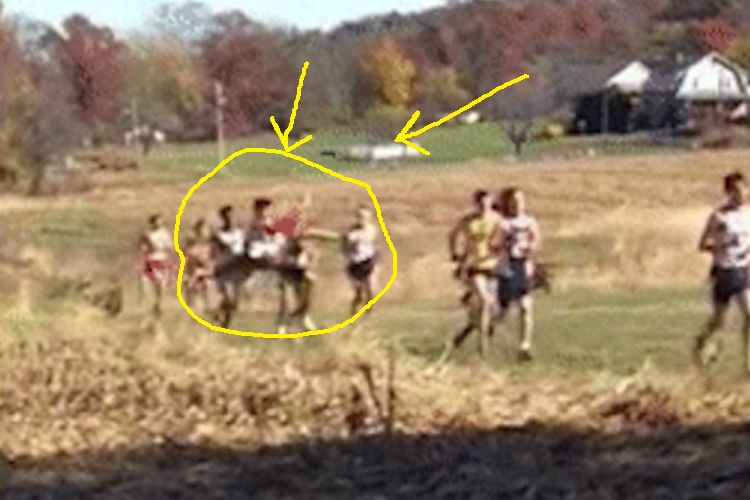 He was lucky that he was not seriously injured. But in sports world, many other animal encounters resulted in a precarious situation for sports person. Watch the video and find out. In the first clip, a huge number of birds blocked the view of riders during horse racing. One of the riders fell from his horse.

In the second clip, ducks stopped play during a golf match. A player tried to help the stranded ducks, but he was attacked by them.

In another video, snake entered the commentary area causing panic. A daring man caught the snake by its tail and took it away.

In the last clip, a piglet was let lose during ball game.