The Indian skipper Virat Kohli is the second-most followed public figure in India after Prime Minister Narendra Modi. According to the recent statistics, Kohli is the most followed sportsperson on Facebook and his fanbase is only increasing by the minute. Kohli is way ahead of legendary batsman Sachin Tendulkar, MS Dhoni in terms of fanbase. Kohli has 35,812,881 fans on Facebook, he is way ahead of Tendulkar who has 28,557,109 followers. Also, recently he went ahead of Bollywood superstar Salman Khan as well. 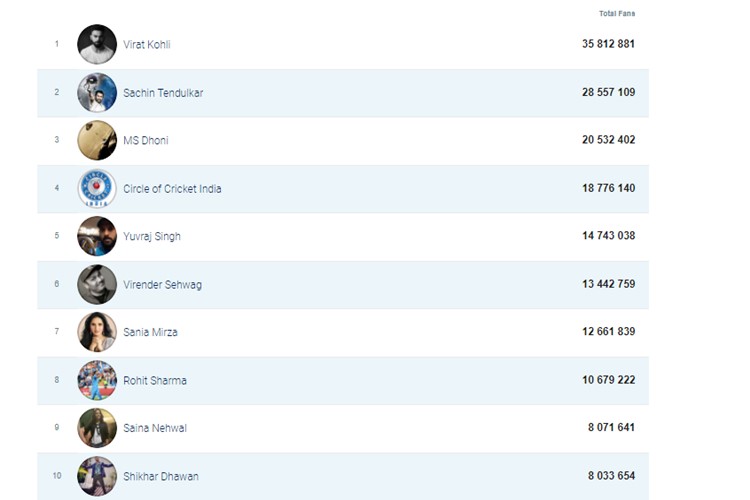 Kohli does not just have a fan following in India but outside as well. He has over 1.7 million and 1.2 million followers in Bangladesh and Pakistan respectively. The numbers are big in Asian countries. His recent rift with India’s head coach Anil Kumble does not seem to affect his fan following as his popularity is on the rise. 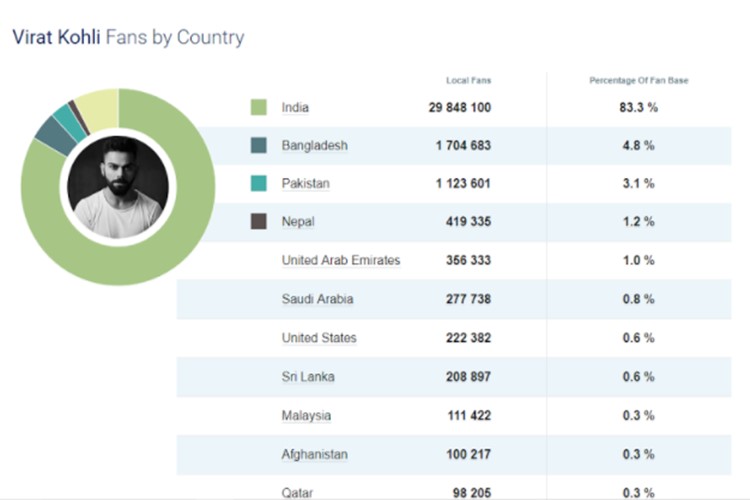 When compared to Sachin Tendulkar and former skipper MS Dhoni were well behind Kohli’s statistics. 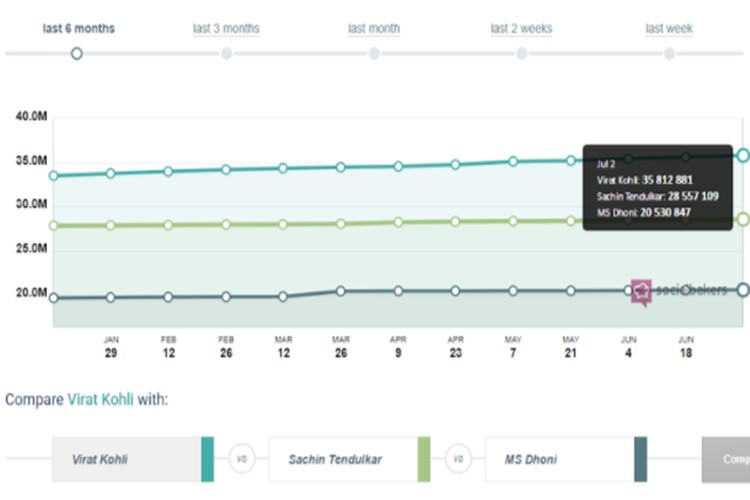 Among the women sportspersons, there are only Tennis star Sania Mirza and shuttler Saina Nehwal have made it to the list. They are on the 7th and 9th place respectively.

Though when it comes to international superstars, singers, sportspersons, Kohli still lags behind by a fair margin. The Indian skipper has a lot of ground to cover if he has to reach somewhere near Real Madrid footballer Cristiano Ronaldo who is on the top of the list.

But, these statistics do not seem to affect Kohli similar to what he says about his statistics in the match that he is happy as long as the team wins. That needs to continue for a few years which might result into a massive increase in his popularity on Facebook and other social media platforms as well.

He is currently leading the Indian side on the Caribbean tour, with a long tour of Sri Lanka coming up it does not seem that his fan following is going to drop instead it is expected to move up the ladder.