The eighth edition of ICC Champions Trophy is underway in England and Wales where the top-8 teams in ICC ODI rankings are participating to prove their dominance. Apart from the players from different teams, many journalists from different countries have also reached England to cover this world tournament. Meanwhile, a lady journo from Pakistan recently making headlines as her selfies are expected to be the reason behind South Africa and India’s losses in their last played games. Zainab Abbas, who is a sports anchor/analyst for Dunya News, had selfies with both AB de Villiers and Virat Kohli ahead of their games against Pakistan and Sri Lanka respectively. Later, both the captains lost the games. Moreover, both the captains were out for a duck in those games.

On June 7, Zainab took to her official Instagram account and shared a selfie with Protea captain AB de Villiers. He wrote,”Told him – Go easy on us tomorrow!”

Later, AB de Villiers was dismissed for a golden duck and with rain playing a spoilsport, South Afric lost to Pakistan by 19 runs D/L Method.

Massive wicket for Pakistan. de Villiers chips the ball to Hafeez at mid-wicket & goes for a duck. SA 61/3 (16.4 ovs). Miller in next. #CT17 pic.twitter.com/8MxXuXMG9u

Meanwhile, it was found that this Pak journo had already taken a Selfie with Virat Kohli on June 1.

Had to be done! @imVkohli pic.twitter.com/D8kGzwROik

Holy cow, on June 8, Indian skipper Virat Kohli was also dismissed for a duck and India lost against Sri Lanka by 3 wickets. 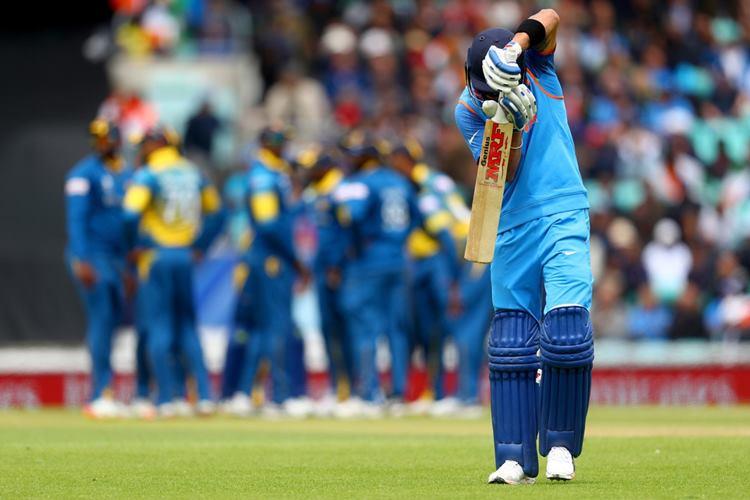 Now after these two incidents, people blasted on Twitter and declared Zainab Abbas as the curse. Better to say ‘Panauti’.

Take a selfie with rain. https://t.co/76NaFq7ujA

So now you need to get photographed with a tree before you can take a selfie with an Indian player ?

After all these reactions, Zainab behaved like a true sport on the social media and accepted that she is really a ‘curse’.