Viswanathan Anand who is considered as the greatest Indian chess player will soon have competition from a much younger homegrown talent. A certain chess prodigy who goes by the name of Praggnanandhaa is making headlines by breaking records for fun at the tender age of 11. The young boy has managed to develop unimaginable skills for someone of his age, which is apparently making the entire chess fraternity back him to do wonders for India in the foreseeable future.

To be awarded the Grandmaster status, Praggnanandhaa must claim three norms of 2,600+ performances from individual competitions. At the moment, he has a FIDE rating of 2,455 (Elo points) and thus must pick up the remaining points in the upcoming tournaments. Being exactly 11 years and three months old he has approximately 16 months to break the world record of Russian legendary chess player, Sergey Karjakin, who had acquired the Grandmaster status at the age of 12 years and seven months.

If his skills aren’t convincing enough, take a look at the following facts. 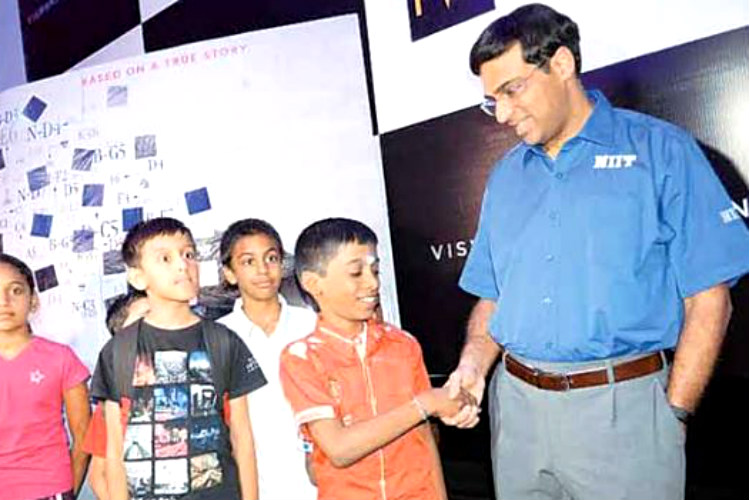 Pragnanandhaa lives with his family in Padi, which is located on the outskirts of Chennai in Tamil Nadu. His parents who lovingly call him ‘Pragga’ are also very supportive of his dreams to become the best chess player in the world. Apart from chess, the kid absolutely loves watching cartoons with Chota Bheem, Mighty Raju, Tom and Jerry being his favourite shows on TV. On a more serious note, if R Pragnanandhaa continues to perform this way, he will not only become the world’s youngest Grandmaster but also the next Viswanathan Anand.