In today’s world, there are two kinds of fighting that are broadcasted worldwide: World Wrestling Entertainment (WWE) and Ultimate Fighting Championship (UFC). While the WWE is reportedly a scripted TV show, the UFC, on the other hand, is simply pure mixed martial arts action. But even in UFC, there are few people like Sean O’Connell who find time to spread a smile with their compassionate nature in the bloodthirsty industry. He may not be as funny as WWE’s tag team trio ‘New Day’, but still, the fighter who goes by the name ‘The Real OC’ has an attitude that certainly makes him unique to the UFC franchise. 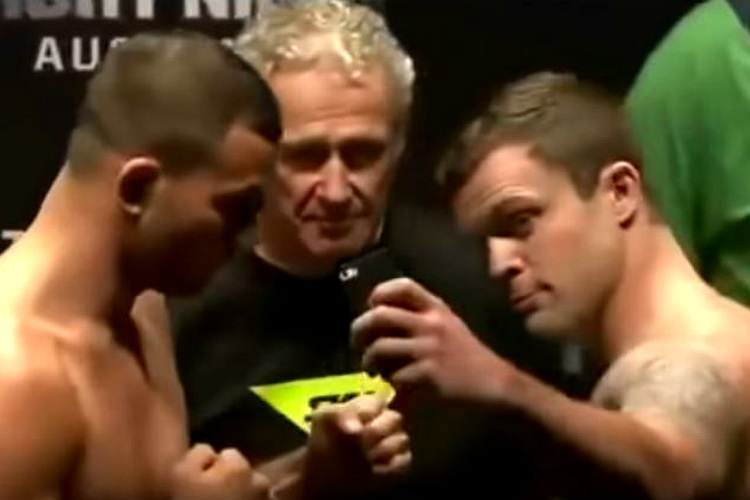 Sean O’Connell is probably the most compassionate MMA fighter ever to be signed by the UFC. (Photo: YouTube/GriggsGlass)

During event promotions, fighters often get aggressive in front of the media before their scheduled bouts but not O’Connell. The American professional mixed martial artist who hails from Utah and competes in the light heavyweight division of UFC has been known to confront his counterparts definitely in a different way. The Real OC was once found blowing bubbles on stage, which is simply funny. Then one time he presented a flower bouquet to his opponent in an event, leaving the other fighter confused at first before accepting Sean’s kind gesture. Such things are termed strange if you happen to be a UFC fighter, but people’s opinion doesn’t seem to affect Sean O’Connell! He is also known to click selfies during his promotions, if you see him do so his expressions are sure to crack you up.

Inside the ring, O’Connell is an athlete, in his 26 MMA bouts, he has won 17 times and has lost on 9 occasions. He has even co-hosted a radio show about sports talk on ESPN700 in Utah known as The Bill and OC Show.