Indian badminton ace Saina Nehwal ousted Indonesian shuttler Hanna Ramadini 21-23, 21-14, 21-18 in Round 1 of the $120,000 Macau Open inside exactly an hour and three minutes. She is set to come up against Indonesian shuttler Dinar Dyah Ayustine in Round 2. Nehwal who is presently ranked 11 in the latest BWF rankings, struggled against Ramadini who is currently ranked 44 in the world. The 26-year-old Indian veteran who has 22 career titles to her name, struggled against her Indonesian counterpart but still managed to come out on top in the end. PV Sindhu’s withdrawal from the Macau Open means that Nehwal is the highest-ranked Indian in the ongoing tournament. 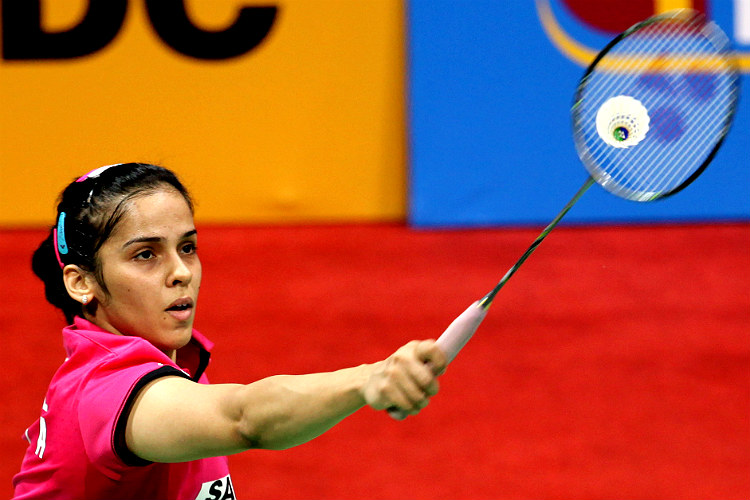 In the first set, Ramadini was spot on with her shot selection as she denied Nehwal to take the lead even once, surprisingly claiming the set. In the second set, Nehwal regained her composure and was her usual self again, in the end, she clinched the set comfortably. In the third and final set, Nehwal bagged the set with ease to knock her opponent out of the competition and thus progress to the next round.

Nehwal is making a comeback to the sport, having recovered from a knee injury from which she was suffering during the Rio 2016 Olympics. The injury not only nailed a dent on her Olympic campaign but it also knocked her off the BWF ranking charts for good. She is now training hard daily to maintain her fitness as she aims to climb up the ranking ladder as soon as possible. The ongoing Macau Open is the perfect opportunity for Saina Nehwal to show what she is capable of and silence her critics once and for all. While, PV Sindhu may have become India’s badminton darling due to her amazing silver medal in the Rio 2016 Olympics, Nehwal remains hopeful of proving why she was once called the queen of Indian badminton.