Ever since he hung up his boots, cricket fans are still searching about the next Sachin Tendulkar. But till now, they have not found someone like the batting maestro. But wait, it seems the search is finally going to get over.

Meet Deva Narayanan, a six-year-old boy from Kerala whose batting style resembles to that of Sachin. He cuts, drives and pulls, hitting the ball across the park. Not to forget, Sachin’s trademark straight drive which was feared by the bowlers across the world. Just to refresh your mind, see one of Sachin’s classy straight drives.

Deva is not the only batting prodigy in his family. He is following the footsteps of his elder brother Krishna. Two years ago, Krishna shot to limelight when he met former West Indian captain Richie Richardson during a One-Day International played between India and West Indies at Kochi.

Krishna’s father had uploaded a video of his son playing shots on YouTube, leaving everyone stunned. According to Cricket Country, Richardson was impressed with the young boy’s batting style and predicted that he would end up breaking records. He even introduced Krishna to members of the West Indies cricket team like Dwayne Bravo and Darren Sammy. Krishna recently played for Kannur district’s under-14 side involving senior cricketers. He was praised for his performance.

During the meeting with Richardson, the former West Indies skipper advised Krishna to concentrate on his studies and keep practicing. He also advised little Krishna to be polite and respectful towards elders.
We are sure if they continue to work hard, both of them might don India colours in years to come. 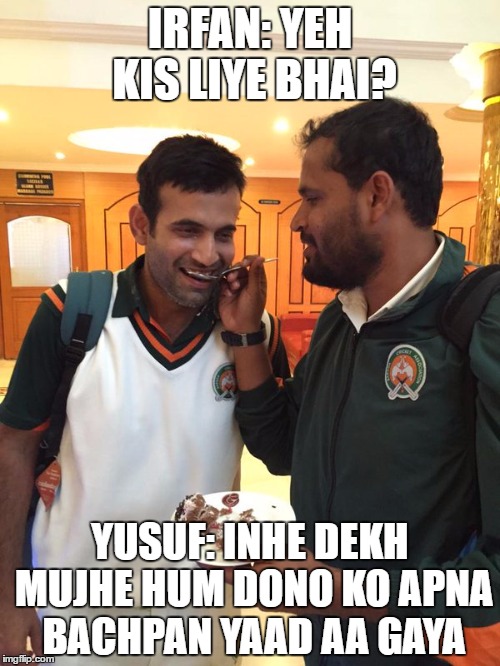